Wondering whether an electric shower would suit your needs better than a conventional mixer shower? Find out which is right for you with our expert guide.

For those of you who feel invigorated and refreshed when standing beneath a raging torrent of hot water, mixer showers are a popular choice. But what about electric showers? Could this be a better option?

Many of us favour mixer showers because we’d rather not use electric to heat our water (electricity can sometimes be more expensive than gas, leading to bigger bills), while others prefer the ease in which an electric shower can be fitted using just a cold water supply.

In this concise yet informative guide, we'll cover the pros and cons of each type and help you decide whether you'd prefer an electric shower or a mixer shower. 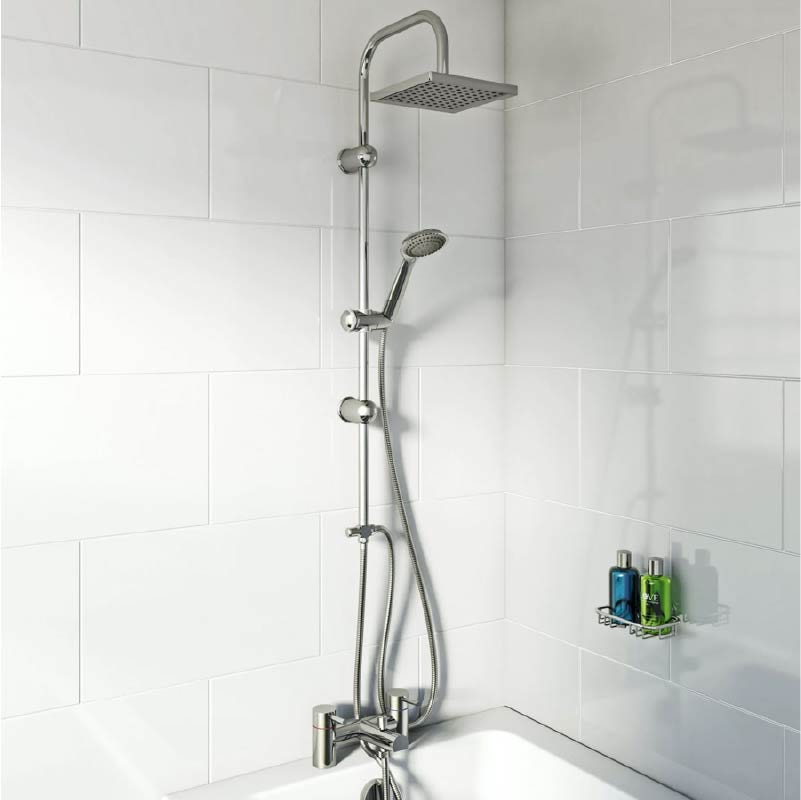 A simple mixer shower can be attached to your bath taps

Mixer showers are a common sight in UK homes, drawing water directly from your domestic water supply (just like your taps and toilet cistern). They come in a variety of designs, from basic models which connect to a bath shower mixer tap to more sophisticated showers where the plumbing is concealed within a wall—with just the controls and shower head on display.

Manual mixer showers work in a very simple fashion. The temperature and pressure of the water are regulated by turning the controls, with the water combining in the hose. However, if you choose a thermostatic mixer shower, the temperature will remain constant, even when water is being used elsewhere in your household. Thermostatic valves also provide an added layer of safety, with an anti-scald cut out device stopping the flow of water, should the cold supply fail for any reason—peace of mind, especially if your shower is used by children or elderly relatives. 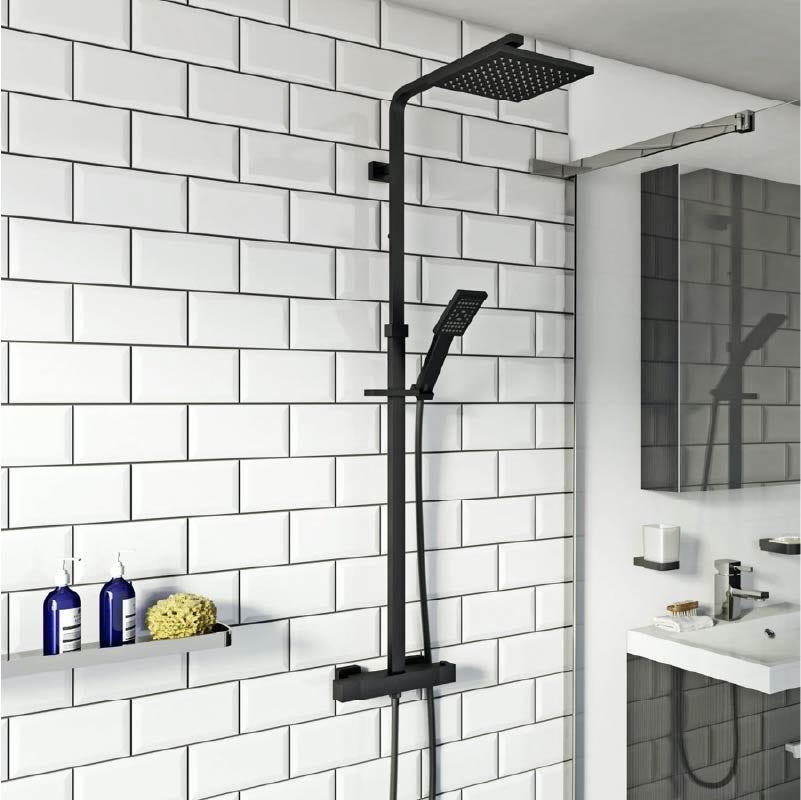 Thermosatic mixer showers come in a variety of designs and even colours!

Whilst not as common as conventional mixer showers, electric showers are a popular choice in many households. In this system, the water is heated in the unit itself by electricity, so doesn't rely on the boiler for heat. There is often a pull cord switch from the ceiling or a switch outside the bathroom that determines whether the electricity supply to the shower is on or off.

Most models offer precise temperature control with a simple-to-use dial, typically on a scale from 0 to 9. Some also feature a secondary dial, allowing you to select your desired water pressure—usually low and high, but often also with an “eco” option. An on/off button is usually incorporated into the design, to start and stop the water flow. 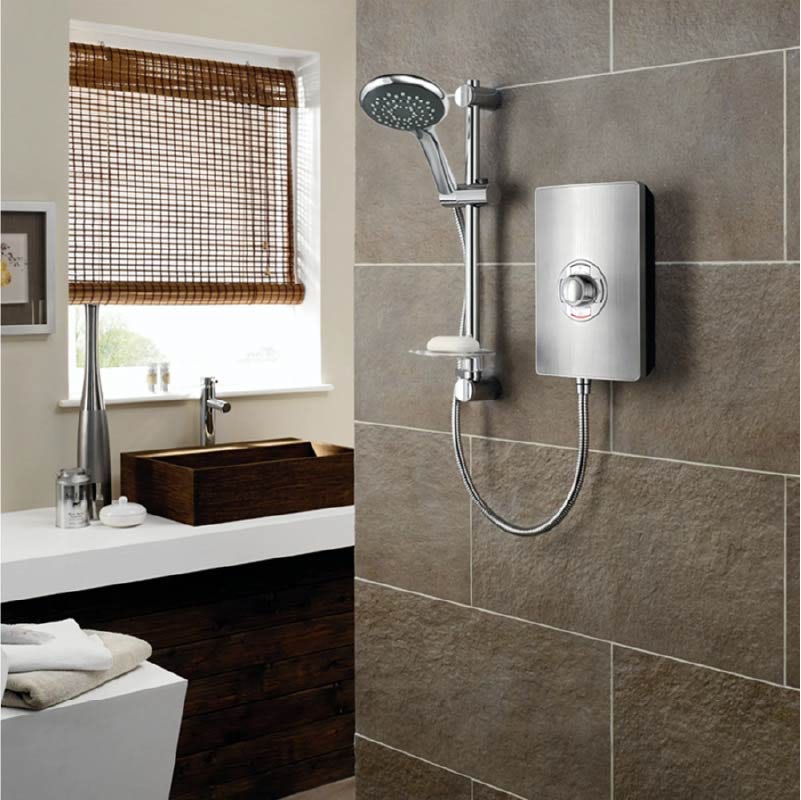 So, are electric showers better than mixer showers? If you're looking for consistent heat and pressure, have an older or inefficient water heating system or want a quick and easy solution for an extension or rental property, the answer is probably yes, however some households, especially more modern homes, simply suit mixer showers better. The choice is entirely yours! 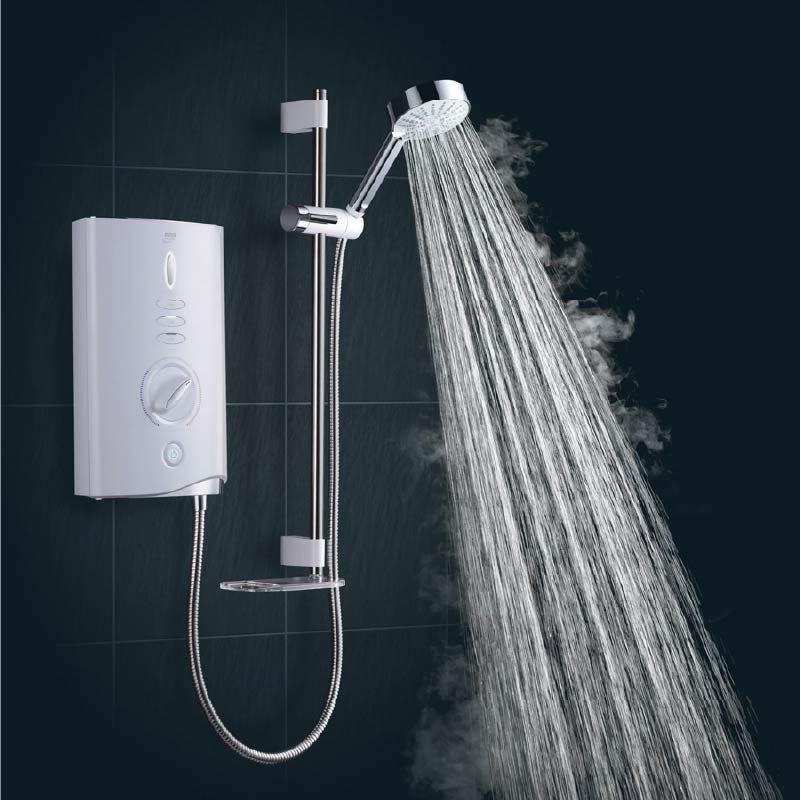 The Mira Sport Max is a very popular electric shower, with advanced stabilised temperature control and Clearscale technology which cuts limescale build-up by half

Want to find out more about the different types of shower available? Check out our expert shower buying guide which will help you make an informed choice.

If you’re keen on an electric shower, you can find out more about them in our electric shower guide. Mira Showers, one of the UK’s leading suppliers have even supplied a handy electric shower replacement guide, if you want to see how they are fitted.

For further inspiration, why not take a look our latest shower ideas?

Whether you’ve chosen to go with an electric shower, a mixer shower or have decided on something else entirely, we offer one of the widest selections of showers around. Click on the image below to begin browsing.

Posted by Adam Chard in Buying Guides | 10 months ago