Up to 70% off September Savings final week

The fascinating history of Black Friday

We’ve all heard of it, but why is Black Friday named so? Where did it come from and how has it become so popular? We delve into the fascinating history of Black Friday to find out.

Black Friday is now a key part of the retail calendar—a real red letter day (ironically) for eager shoppers on the hunt for a good bargain. And, while it’s great news for companies and consumers alike, “Black Friday” isn’t exactly the most descriptive name ever…I mean, couldn’t it have been called “Discount Day” or “Deal Day” instead?

This year, Black Friday takes place on 26th November and in addition to putting together a list of tips to help you prepare for the big sale day, we’ve also dived into the history of Black Friday so you can understand more about its origins.

The first appearance of Black Friday

The origins of the term “Black Friday” goes all the way back to Friday 24th 1869. But rather than having anything to do with retail, it was first used in association with the Wall Street financial markets.

2 traders, Jim Fisk and Jay Gould, purchased a large amount of gold with the intention of pushing up the price, which they would then sell to make a huge profit. As a result of Fisk and Gould’s unethical scheme, the US gold market crashed, with countless Wall Street financers left close to, or completely, out of money.

It was a fairly underhand plan and once put into action it had a devastating effect on other traders—the term “Black Friday” summing up the general feeling of doom and gloom.

Another root of the term comes from retailers in the US and the way they used to record profits and loss in their business: when accounting, profits would be in black and losses in red. It is believed that for most of the year, many businesses would operate in the red, only going into the black the day after Thanksgiving when most people had taken advantage of the discounted deals on offer.

Other rumours about the term’s history link it to the slave trade in the American South, suggesting plantation owners were only able to buy slaves at a cheaper price after Thanksgiving during the 1800s. However, there is no evidence to support this and the rumour has since been debunked in full. 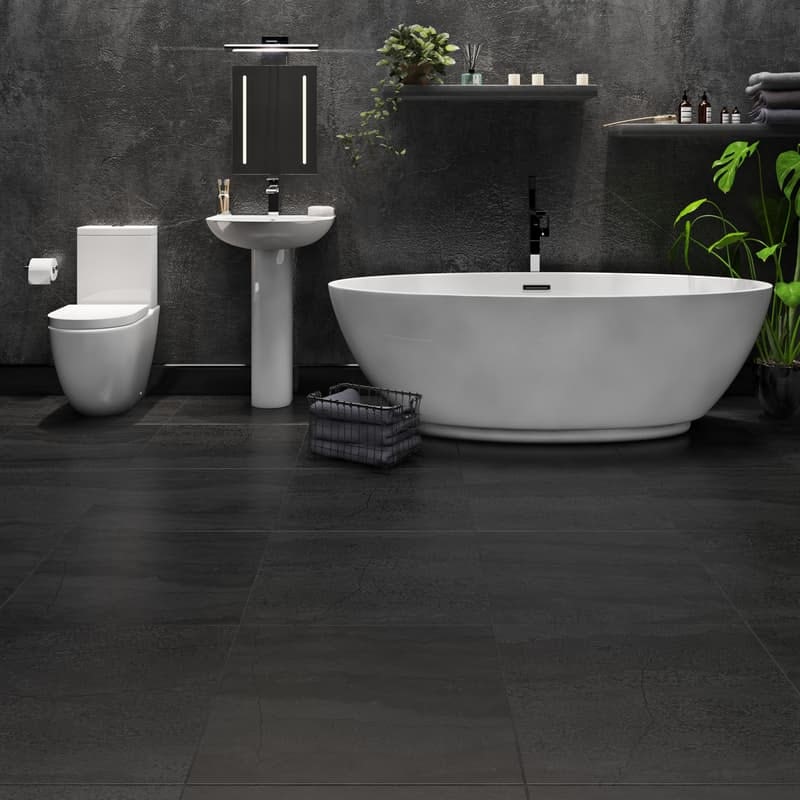 Black Friday is the perfect time to uncover some bathroom bargains!

Who first used the term “Black Friday” in retail?

In slightly more recent times, police officers in Philadelphia used the term “Black Friday” to describe a hellish day after Thanksgiving. Large crowds of shoppers and tourists would head into the centre of the city to watch the Army v Navy American Football game. This led to big traffic jams, shoplifting and general chaos all-round.

All police officers were required to be on duty that day, with many asked to work even longer shifts to maintain control in the city. It soon became known as Black Friday because of this, as most officers wanted nothing to do with the stress caused during the day.

The nickname stuck and began to spread across the city, although some retailers tried to change it to “Big Friday” as the negative connotations of “Black Friday” didn’t create the sort of positive image they wanted to project to customers looking to spend money.

At first, the name spread by word of mouth, but once companies started to use it in their advertising campaigns, it really gained momentum outside of Philadelphia. The first advert to use it appeared in The American Philatelist magazine in 1966. By the end of the 1980s the term “Black Friday” was known right across the country and used by most brands for their post-Thanksgiving sales.

Thanksgiving sales in the US

While Black Friday is now commonly associated with Thanksgiving, it’s not the main reason why this period is so successful for retailers worldwide.

Sales after Thanksgiving had always been popular in the US, with department store Macy’s first recognising the marketing possibilities in 1924 when they advertised Thanksgiving sales. This trend continued into the next decade, although many businesses were hit hard by the effects of the Great Depression.

By the end of the 1930s, the economy was slowly starting to recover, although, in 1939, President Franklin D Roosevelt felt it necessary to give things a little extra push by bringing Thanksgiving forward by a week, with some people labelling this “Franksgiving”!

How did Black Friday become popular in the UK?

Being a large US company, Amazon were already used to Black Friday sales every Thanksgiving and first introduced the idea to the British public in 2010.

This was followed a few years later by Asda, who are owned by one of America’s largest retail outlets Walmart. It was around this time that Black Friday gained infamy, as customers were caught on camera shoving and pushing each other to get their hands on cheap digital gadgets.

They say there’s no such thing as bad publicity and that proved to be the case here, with Black Friday soon taken up by other prominent UK retail brands.

However, not all retailers take part in Black Friday, with the likes of Marks and Spencer in the UK opting out. In 2019, over 300 clothing brands—mostly in France—chose to boycott the day under the banner “Make Friday Green Again”, stating the overproduction of goods due to high sales was bad for the environment.

In 2019, UK retailers enjoyed huge sale figures, with customers spending an estimated £2.5 billion, which was an increase on 2018 numbers. According to Retail Week, in 2018, 194 million visits were made to website pages on Black Friday alone.

See our in-depth article Black Friday in numbers, for UK retail figures from the past 6 years.

Black Friday in other parts of the world

The big sale day caught on quickly in the UK once it arrived, and it’s also the case elsewhere around the world, with countries like Germany, France, India and Brazil and many more, all taking part.

Black Friday is also a big deal just across the US border in Canada, with millions of people taking the day off to travel into their neighbouring country to hunt for bargains.

The name is also changed in some parts of the world, with retailers in the United Arab Emirates labelling it “White Friday” and Mexico calling it “El Buen Fin” which means “the good end” in English—and a fitting way to end our article on the history of Black Friday!

If you’ve enjoyed this blog post, why not find out more about all the Black Friday bathroom deals you can enjoy this year.

Posted by Adam Chard in Latest News | 10 months ago