Up to 70% off Black Friday Sale final weekend

Up to 70% off sale final weekend

How does a bathroom flush actually work?

Your toilet flushing is often something you take for granted... it just happens. But if you've ever wondered how a bathroom flush actually works, read on for some expert advice.

It's 2022 and everyone has flush toilets in their home, but have you ever pondered how they work? Although it may appear to be a complex amalgam of mechanics and physics, it is actually quite simple to analyze and comprehend. 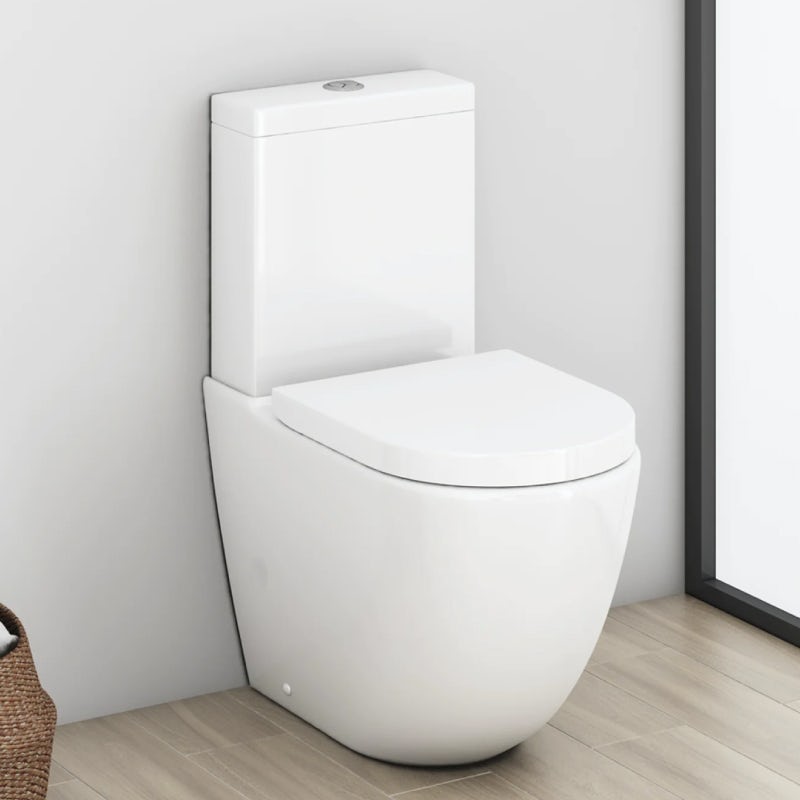 What exactly is a flush toilet?

You should know that a flush toilet is sometimes referred to as a water closet. It conveniently makes use of water to flush away human waste through a drain pipe and away. Depending on the setting, context, and choice of the user, the toilet's design can either be built for squatting or sitting. It is primarily connected to a sewer system, which transports waste to sedimentation tanks, composting systems, or sewage disposal facilities.

Some toilet works in letting the water flows from the toilet fill valve with the aid of gravity flush toilet. These are called gravity flush toilets, and sould not be compared to composting toilets or conventional toilet or primitive toilets since they are not the same.

The flush toilet might requite tank refills for tank water whenever that water level flows below a minimum, and the rubble flapper attached to the flush lever should be replaced occasionally too.

Know more about the anatomy of a toilet

The bowl and the container are the two primary components of newer toilets, which have undergone some developments and improvements. The lower portion of the toilet known as the bowl is where you do and hold all your waste, solid and liquid; the upper portion, known as the tank, is where you accumulate water for flushing.

What does the toilet container do?

The suctioning effect of flush toilets makes them the most effective at washing away waste. Is it ok to utilise a home water pipe under standard pressure? Definitely NOT. The toilet container comes into the equation in this situation because domestic water pipes lack the strength to start the suction.

A toilet tank is likened to a compartment where "energy" is stored for the toilet to function. It needs to be filled in between flushes and takes roughly about a minute to do so.  However, the liquid that has occupied the tank is completely poured into the bowl in mere seconds with just a touch of the lever when a person is done with their business and proceeds to flush the toilet.

Detailed anatomy of a toilet

Although a toilet comprises many parts that enable it to carry out its purpose, it really is not that difficult to understand once you inspect and make sense of what each part does to fulfil its role. Don't be distracted by terms like dual flush, flush tank, flush tanks, flush valves, and chemical toilets or modern toilets. The anatomy of a toilet includes, but is not limited to:

A fill valve – this part of the toilet fills the tank with fresh water in advance of the subsequent flush. A drainage Hole – this plumbing component joins the toilet tank to the bowl. And when one presses the handle from outside, the tank will kick start the flushing process. A chain is also important as this element joins the handle arm with the flapper.

What then is a flapper? A flapper is a mechanism that helps to close the drain hole in between each flushing cycle. Also, a flush valve is a part of the flapper that maintains the silicone seal intact as water pours into the bowl. The rubber tube known as the refill tube is what carries water from the fill gate to the tank.

​​Filler float is a kind of floating ball that serves the purpose of instructing the fill valve to turn on the water when the water level is low and turn the tap off when it is loaded.

So, how does it really work?

The type of toilet flushing method you have will determine the toilet flush operation. The toilet lever elevates and raises the chain attached to it when you engage with the handle. The flush valve is then opened by the chain, which also causes the flapper to release, flushing the waste through to the hole at the bottom.

A flapper is a circular rubber plate that is often fastened to the bottom of the outlet pipe. When you flush, it permits water to spill out from the tank and enter the bowl. Until you activate the flash handle, it keeps the liquid within the container.

The floating ball descends as the tank empties. The filler valve is opened as a result, turning on the water. In order to be prepared for the subsequent flush, the tank is replenished using the filling tube. The flapper shuts over the waste pipe, sealing it off from the bowl's water supply.

The floating sphere or filler gate rises to the predetermined level when the container fills with water, stopping the flow of water.

The overflow tube directs the excess water into the bowl in the instance that the filler valve clogs or the float sphere are unplugged, keeping your bathroom from overflowing.

The toilet bowl is among the most important components of the toilet. This is so that you can use your bathroom even with everything in your bathroom disconnected, such as the toilet tank. All bathroom problems can be resolved with a toilet bowl. Its simple but brilliant design makes it possible to easily dispose of trash using a suction.

The components of the toilet bowl

You can see a structure that has the shape of a U that joins the bowl and then descends directly to the ground if you look at the bowl's sides. The siphon is that component of the toilet. The contents of your toilet are flushed down the drain.

At this point, you would have realized that a toilet is made with many considerations in mind, even addressing potential toilet-related issues. While there are many parts to what makes a toilet, a fully functioning toilet for use, so long as you understand what each component of the toilet essentially does and the components associated with it, then you are more or less set in your understanding of how a toilet works.

Shop eco bathrooms, plus water-saving advice for your bathroom

Here at Victoria Plum, we’ve created a whole water-saving eco bathrooms range, to help you be as eco-friendly as possible in your bathroom. Complete with water-saving toilets, taps, basins, baths and showers, plus energy-saving heating and lighting, you can ensure your bathroom is environmentally-friendly as it can be.

We also have plenty of helpful advice, from saving water in the bathroom to cutting your energy bills, and from conserving heat in your home to our top 5 water-saving tips, which you can see more of in the video below.

Why not find out more about our eco bathrooms at Victoria Plum?

Posted by Rebecca Doody in Room Planning | 1 month ago