So, you’ve picked out your perfect shower and enclosure, but do you know which shower waste you’ll need? Find out all about shower traps and wastes in our expert guide.

When talking about showers, understandably, a lot of focus is placed on the shower head and strength of the system. But it shouldn’t be forgotten that shower traps play an equally important role in ensuring you have a hassle-free and relaxing experience each and every time.

But what does a shower trap do and why do you even need to worry about it? To give you some more background, we’ve put together this shower waste buying guide so you can understand more about the different types which are available, how they work and why they are so important.

What is a shower trap?

A shower waste (often also referred to as a "shower trap") connects to the underside of the shower tray beneath the floor of the shower and works to support the water flow. It is connected to the shower trap piping, which is similar to the trap found under the kitchen sink, where waste water from the taps above can drain out into external sewage systems.

If water is not able to drain effectively, it can create a pool of dirty water as you wash, while also potentially leading to leaks and other forms of damage in and around the shower area.


What are the different types of shower traps?

Generally, there are 2 types of shower waste devices available, with the differences mostly determined by the width of the tray and the speed the water is able to drain through the system (flow rate).

For example, the 90mm slimline shower tray waste (pictured below) is a contemporary design that comes with a chrome cover already attached to the waste system (not all products are sold this way) and allows for a flow rate of approximately 11.5 litres per minute. 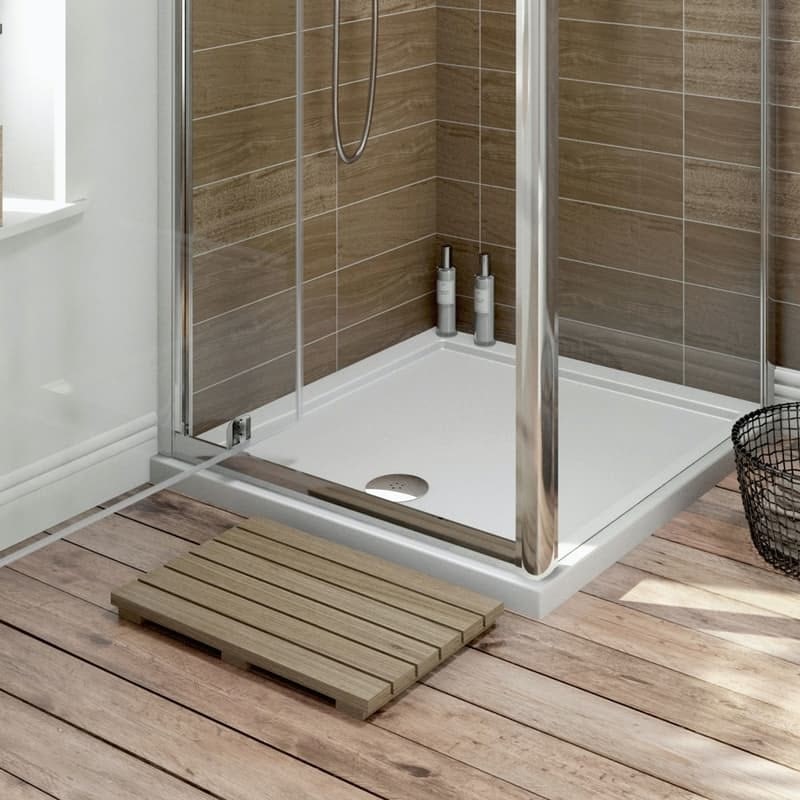 Another example is the 50mm turbo flow shower tray waste (pictured further down the page) that is even slimmer, with a 50mm waste hole and also comes with a chrome-plated plastic cover already attached. This is able to release up to 54 litres of water per minute, leaving no standing water behind.

The flow rate will vary from product to product, and the strength of your shower system will dictate the flow rate needed to ensure water is drained effectively to avoid overflow.

How does a shower trap work?

As mentioned earlier in the article, the shower trap works in a similar way to the one found in the kitchen. The only difference may be the design, with an S shaped curve sometimes used for showers to support the vertical drainage of water.

Similar to a kitchen or even toilet trap, a shower trap always retains a certain amount of water to seal off any gases emitted by the sewer that could come into the bathroom.

When in use, shower water will flow into the drainage to create a vacuum, which can slow down the discharge of the water itself. This is why vents are factored into the design of drainage system, allowing air to continuously move along the flow of water. 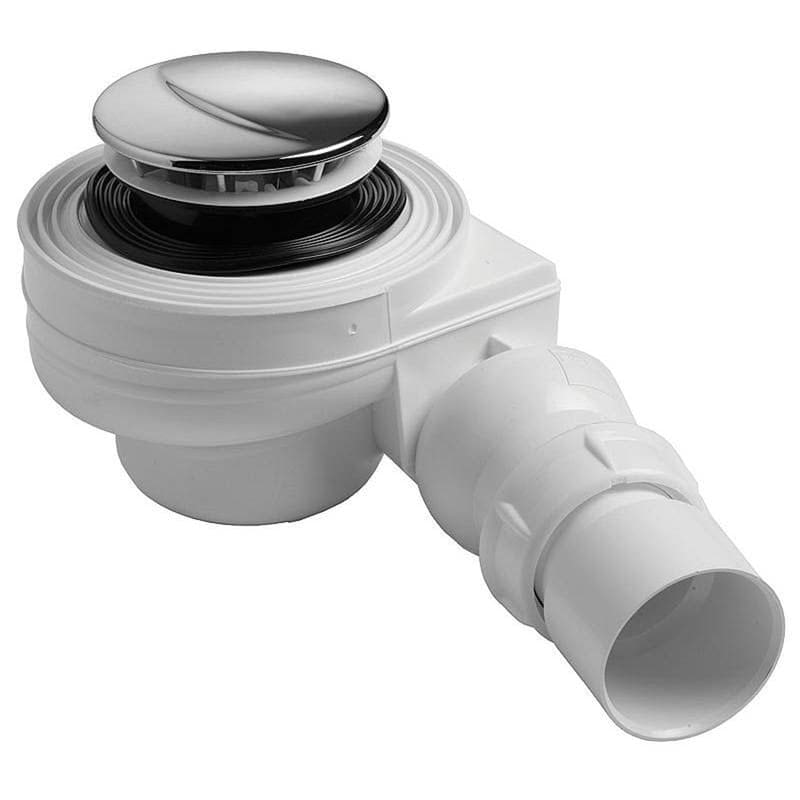 How do you install a shower waste?

How do you keep shower drainage clear?

Over time the shower trap will collect hair, soap, grime and other debris that is washed off into the water flow.

If the drain becomes blocked you can try to remove the drainage components to clean them. Alternatively, you can use a plunger to unclog the drain.

Try to avoid use chemical-based drain cleaners as these are not generally kind to pipes, although an enzyme-based drainage cleaner could be a good alternative as these are far safer.

How to clean the shower waste

You should try to clean the shower trap every few months, which is straightforward job to do:

Buying your complete shower enclosure at Victoria Plum couldn’t be easier. Simply add your shower and enclosure to your basket and we will automatically show you compatible trays and wastes (if they aren’t already included), so you have all the compatible products you need.

However, if you wish to purchase your shower waste separately, browse our full selection of plumbing accessories by clicking on the image below.

Posted by Adam Chard in Buying Guides | 2 years ago