Up to 60% off December Sale + offers of the week

Worried about potential mould in your bathroom? Is bathroom paint the answer? Read on for helpful advice...

Humidity in the bathroom is a common occurrence. This is usually due to the fact that taking a shower or bath creates a significant quantity of steam, raising the saturation in the space. Mould development can result from wet air condensing on walls in a poorly ventilated area.

One method of prevention is anti-mould and anti-condensation paints. The best options are often widely discussed and debated but it is universally agreed that good anti-mould growth paint can prevent pesky mould growth on bathroom walls, especially on the interior walls and ceilings.

Walls in bathrooms are susceptible to moisture. This includes surfaces, roofs and openings. Unhygienic bacteria is a result of this extra humidity. Mould in tiny quantities is safe, but persistent contact may cause unwanted health issues. 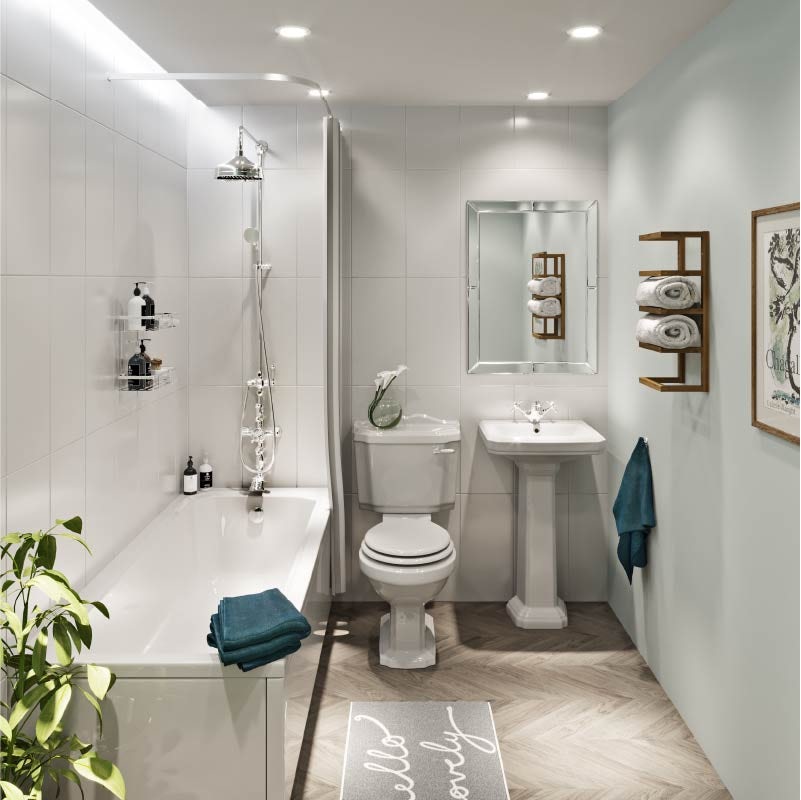 Why is mould dangerous in a bathroom?

In bathrooms, fungus may appear thanks to the damp conditions. Fungus not only has an awful appearance and stench, but it may also be hazardous to your well-being and can be difficult to get rid of.

Spots of black fungus will make your shower or bathing space appear unsightly, particularly given that your bathroom or ensuite is supposed to be sanitary and hygienic. If you've been subjected to mould over an extended period of time, it can also be extremely hazardous to your well-being.

Mould may be harming you without realising as it can grow from out of sight (underneath a basin or a window ledge, for instance). Toilet spaces are constantly hot and moist, which allows the fungus to grow quickly.

The negative impacts of fungus can be unexpectedly severe. A fungal microbiological organism is basically a live thing that, as it develops, begins to release harmful gas particles. Allergic reactions, eye irritation, allergies, coughing, disorientation and sickness can all result from contact with mould particles. For people who already have compromised health, the lengthy consequences of mould contact may be more significant.

Ways to avert fungus in lavatories

Moisture absorption must be managed and reduced in order to avoid mildew in bathrooms. Enhanced air circulation is the most effective approach for accomplishing this. Whenever you bathe or shower, you may also be able to do a few easy things to lessen the dampness in the air. 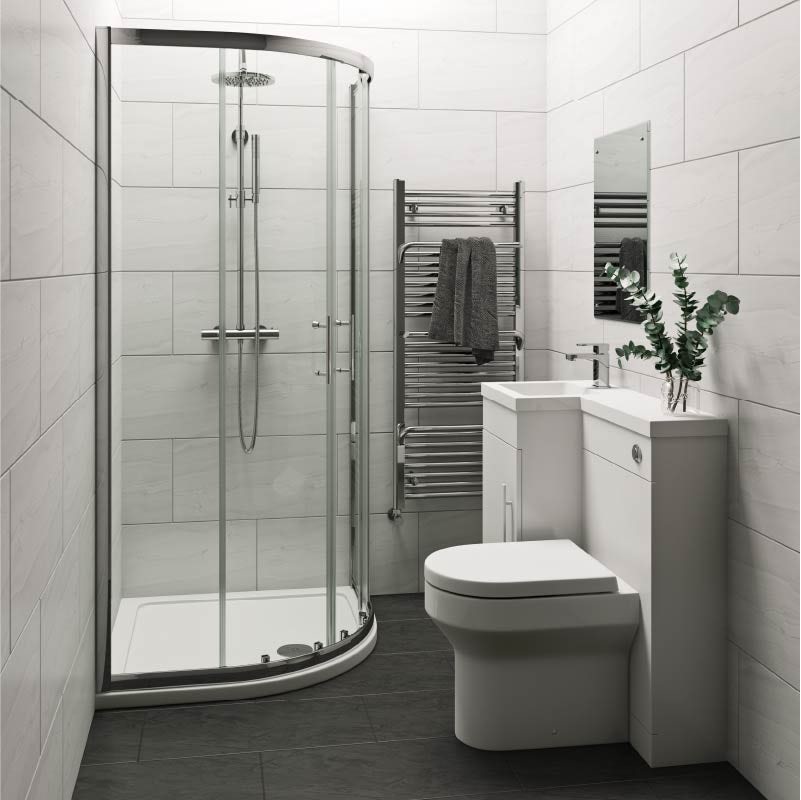 To apply, use a stiff bristle brush and scrub the tile grout and the surface of the regular paint for bathrooms to lower black mould growth and work towards a soft sheen finish.

Among the best strategies to manage dampness and get rid of mildew infections in bathrooms is to increase airflow. By eliminating wet gas, extractor fans simultaneously assist in reducing and eliminating contact moisture.

Filtration designs are intended to be used in spaces like bathrooms that have difficulties with mildew and moisture. The neutral concept is applied using displacement ventilation devices, which eliminates the need for power. Energy is used by extracting fans to accomplish the same goals.

Bathroom circulation is essential for avoiding moisture throughout the entire house. Normally, a portion of the wet air produced, whenever you bathe, would travel throughout your house, leading to more significant moisture problems. A bathroom with adequate ventilation will cut down on the quantity of humid air that circulates throughout the remainder of your home. Additionally, cross-ventilating your house is a wise decision. This entails raising windows on the different sides of the house to let clean oxygen into the building.

How to minimise moisture in my bathroom?

You could easily reduce moisture at no cost by altering your activity around the house. If you take these actions, you can lessen the chance of mould... 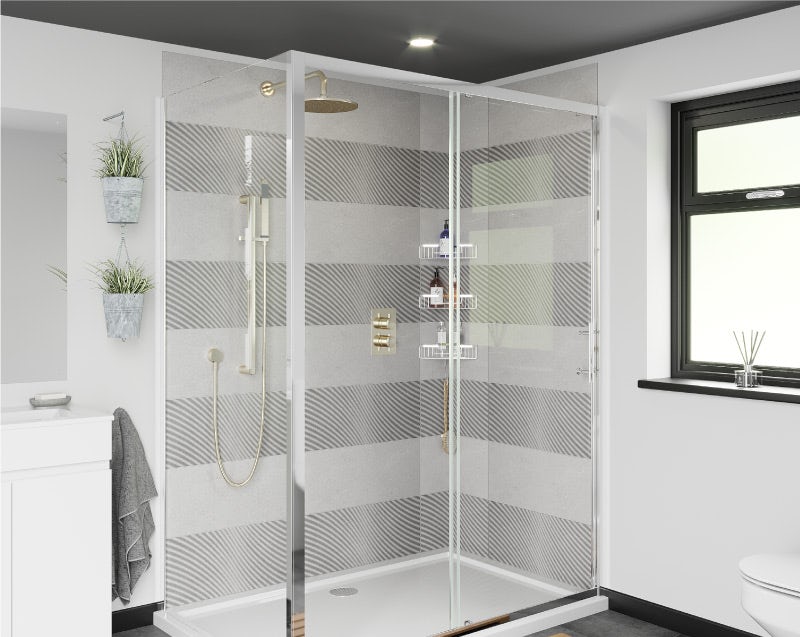 Prevention of mould paint for bathrooms

Another prevalent factor in the first stages of fungus formation is moisture. Mould may flourish whenever there is excess humidity in the atmosphere and warmth from showering. Thus, preventing dampness is a fantastic method for halting the growth of black mildew.

Although frequent airflow and lowering the amount of atmospheric humidity have been mentioned, there is a technique to prevent mist from happening.

In bathrooms, the floors and surfaces can be painted with moisture prevention condensation paint. Once this has been added to the walls, it absorbs heat generated from the outer atmosphere. Moisture then takes longer to develop when surfaces are warmer.

Seeing as it isn't always easy to wash a top surface, disposing of mildew on bathroom surfaces can be challenging. The painting could have begun to peel and be damaged by the fungus. It's usually advisable to utilise expert mildew eradication equipment, despite the fact that there is plenty of advice for homebrew remedies utilising common ingredients.

While fungus removal from washroom flooring is easier compared to a vaulted surface, the operation nevertheless requires care. Every gap provides the ideal environment for fungus to flourish, as opposed to the flooring's dry layer.

Applying the mildew rinse concentration vigorously with a cloth is recommended. After 1 hour, rinse thoroughly. Use a respirator and protective goggles when performing this task and ensure it is sufficient for airflow.

If you're able to detect mildew but do not find it, look in concealed places including attics, ventilation systems, beneath doors, basins, lavatories and bathtubs, in showerheads, and in showering fittings. It can begin silently in the bathroom before moving on to other areas. The greatest approach to treating mildew is to avoid it from spreading in the first place.

More expert advice for your bathroom

No matter how big or small your bathroom issue may be, we have plenty of expert advice that will help keep your bathroom in great shape. Check out all our latest bathroom tips and tricks and achieve your own Little Bathroom Victories.

Posted by Rebecca Doody in DIY Advice | 1 month ago