January sale extra 20% off + Spend and Save ends in

What is a shower valve?

Shower valves are used to control the flow of water, similar to the tap on your basin. They come in a variety of styles to match a whole host of shower fittings, so finding one that complements your bathroom is simple, and you can even buy shower valve sets to ensure your shower head matches.

Before you browse, there are 2 main types of shower valves to consider:

A thermostatic shower valve is designed to maintain the temperature of your water, so if somebody flushes the toilet or turns on a tap elsewhere in the house, you won’t suffer a scalding or freezing blast of water.

Thermostatic shower valves tend to have two or more handles. One handle is to control the temperature, and the other is to turn the water on and off. Once you’ve adjusted the temperature handle to the perfect level of heat, you can leave it in that position and simply use the on/off tap each day to ensure the water is always at your preferred temperature.

Some thermostatic shower valves have three handles; these are generally referred to as triple thermostatic valves. These are necessary when you wish to control 2 outlets, and are usually found in showers that have body jets as well as a conventional shower head.

For families with children, a thermostatic shower valve is often the best option as they usually feature an anti-scald device. 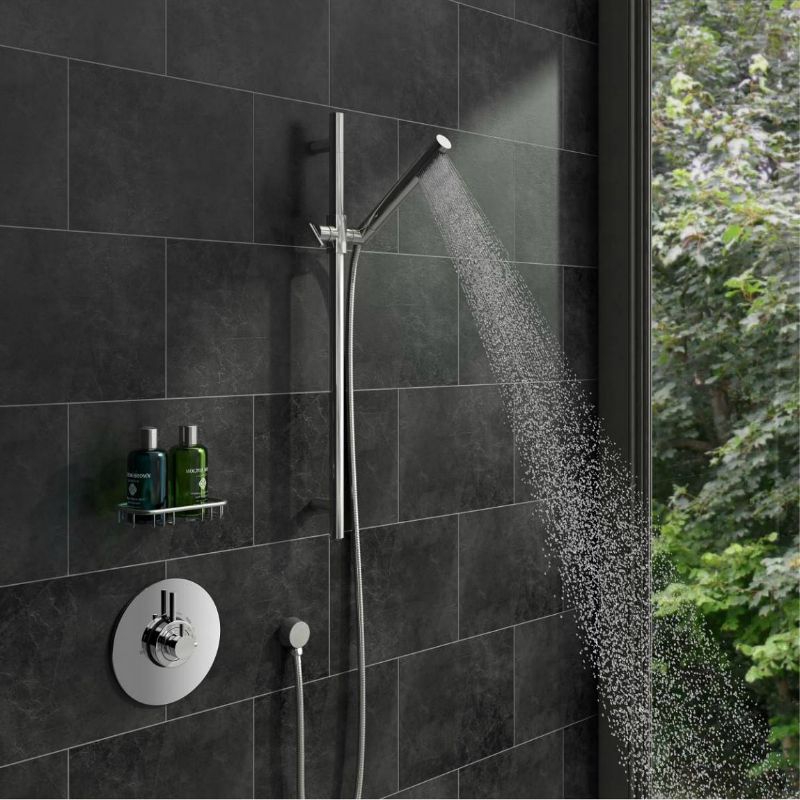 A manual shower valve usually has only one handle, and this is used to control the temperature and water flow in the same way as a mixer tap you might find on a sink. Typically there is no separate handle for turning the shower on and off, so the temperature must be adjusted each time you take a shower.

Unlike thermostatic shower valves, manual ones do not regulate the temperature of the water, so should somebody turn on a tap elsewhere in the house, you may find that the water runs too hot or too cold. This can mean manual shower valves aren’t always suitable for households with children, as there is the possibility that the water may become dangerously hot. 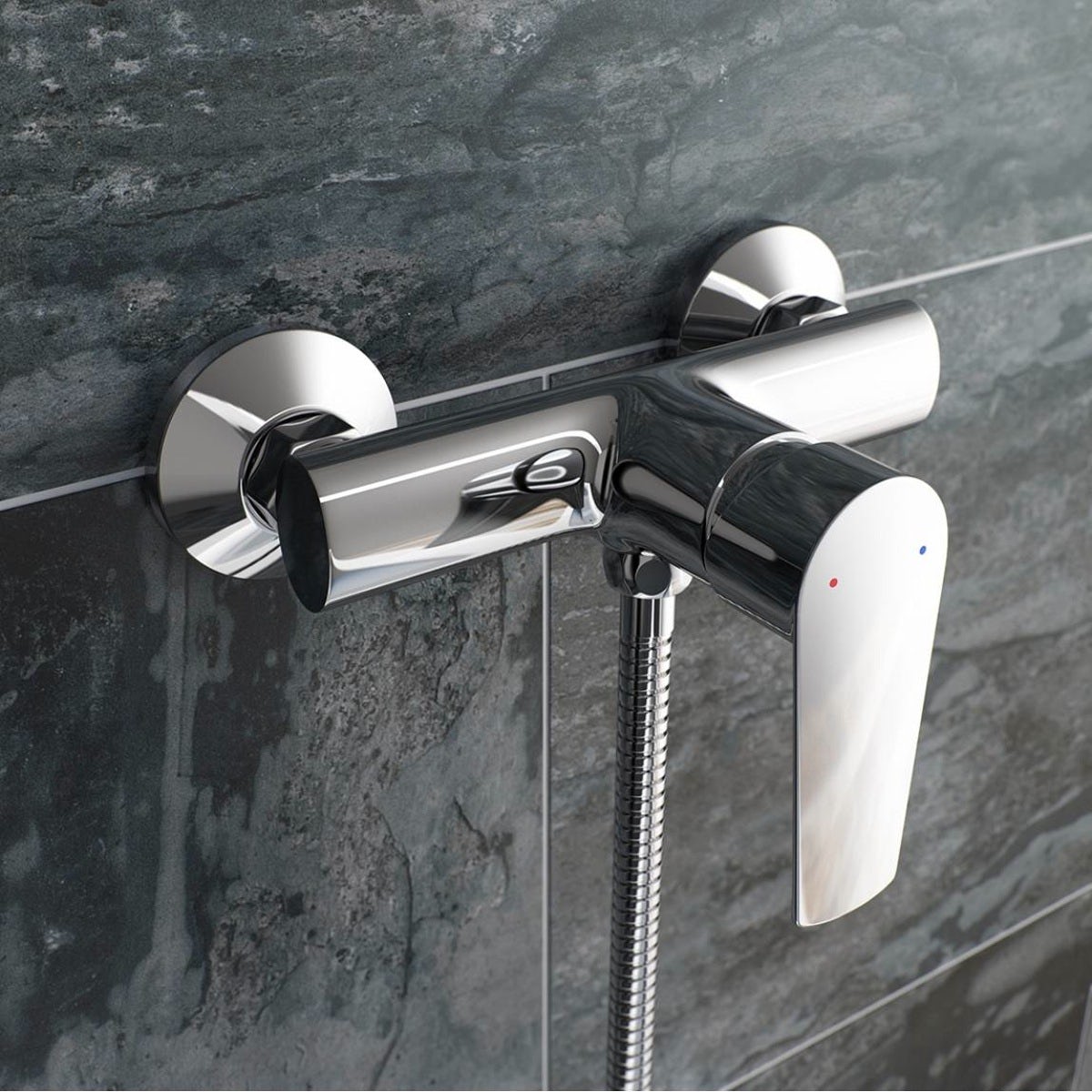 A manual shower valve is a great low-cost option

Deciding which shower valve you need can sometimes be confusing. Do you need a twin valve, triple valve or one with a diverter? To make the choice easy, we’ve put together this simple guide on shower valves and diverters.

Guide to shower valves and diverters 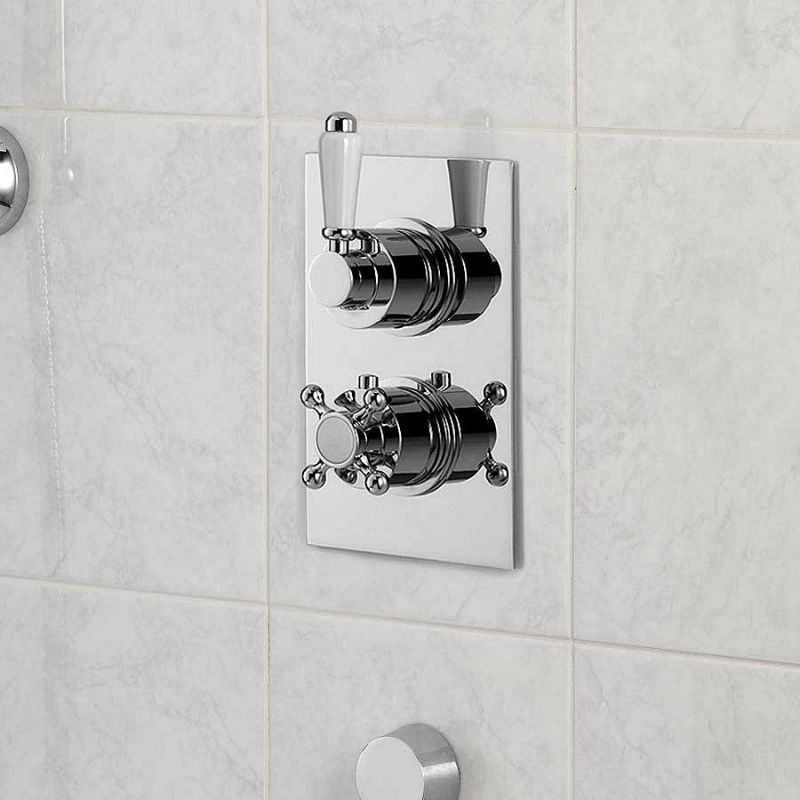 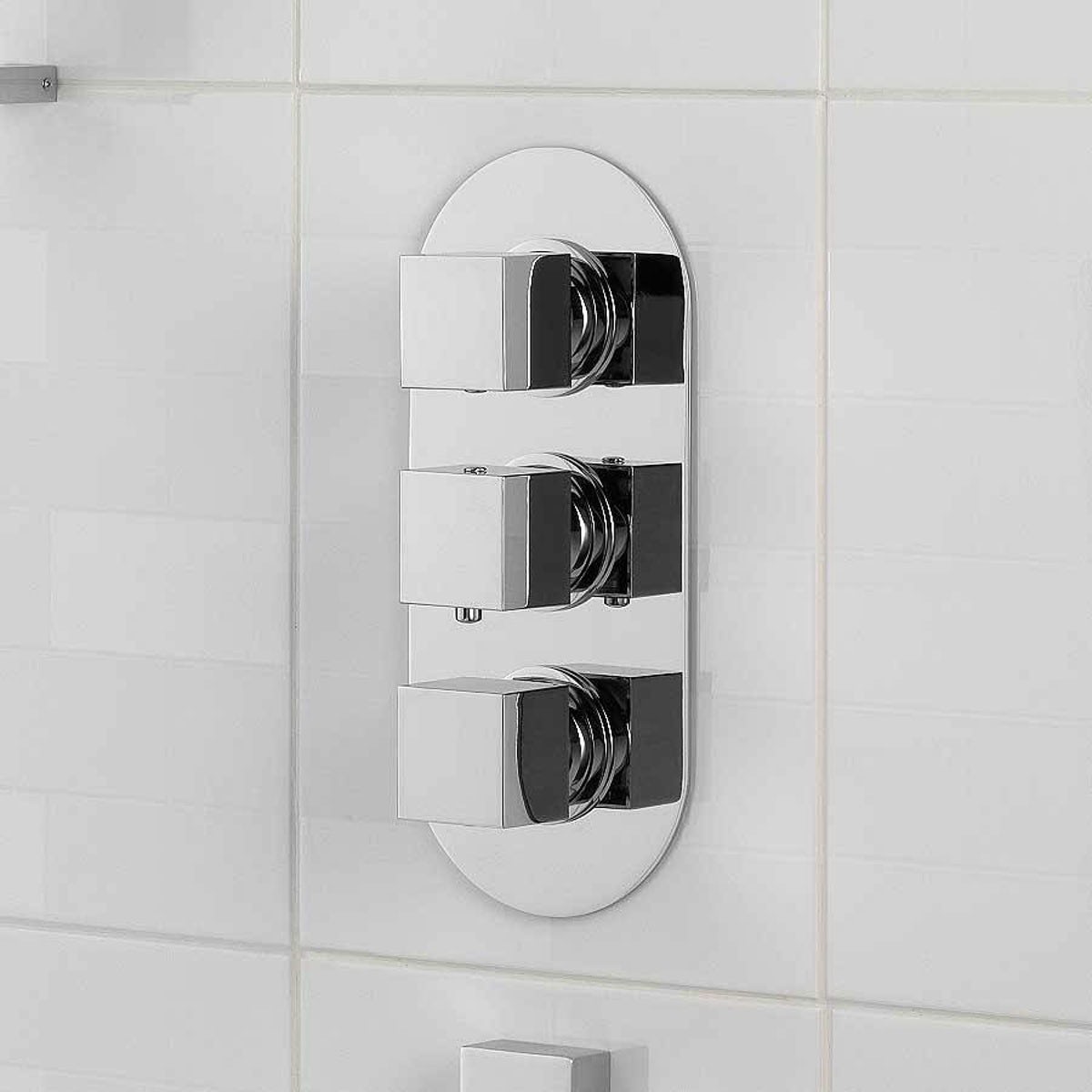 Control 3 different outlets with a triple thermostatic valve with diverter

How do I install or replace a shower valve?

Whether you’ve chosen a thermostatic shower valve or a manual one, installing or replacing it isn’t usually too complicated if you’re working with copper or plastic pipes. However, if your home is fairly old and has galvanised steel pipes, then it’s better to call a plumber who will have the specialised tools necessary to carry out the work.

Posted by Adam Chard in Buying Guides | 5 years ago