It seems almost inconceivable today that you could have a home without at least one bathroom. In some houses, one is still not enough.

However, it remains a fact that the bathroom is actually a relatively modern invention. In fact, it was only about half way through the last century that most houses started to have bathrooms at all.

Personal hygiene in the Victorian era and almost every single era that came before that was not quite the big deal it is today. Men and women would wash their faces and hands on a semi-regular basis but the rest of the body was often left to its own devices (don’t try too hard to imagine it). It might seem that the smell would have become an issue but then if everyone else is giving off a similar odour, then it probably doesn’t matter so much.

What you have to remember is that the idea of bacteria - that there were tiny microscopic organisms living on and in you - didn’t exist. It wasn’t until the early 18th century that the idea was proposed and it certainly didn’t enter popular consciousness until much, much later. So, what was the big deal? You smelled but so did everyone else, and germs didn’t exist yet. So why would you need a bathroom? The toilet, as was the case almost universally, was outside as there was no internal plumbing. 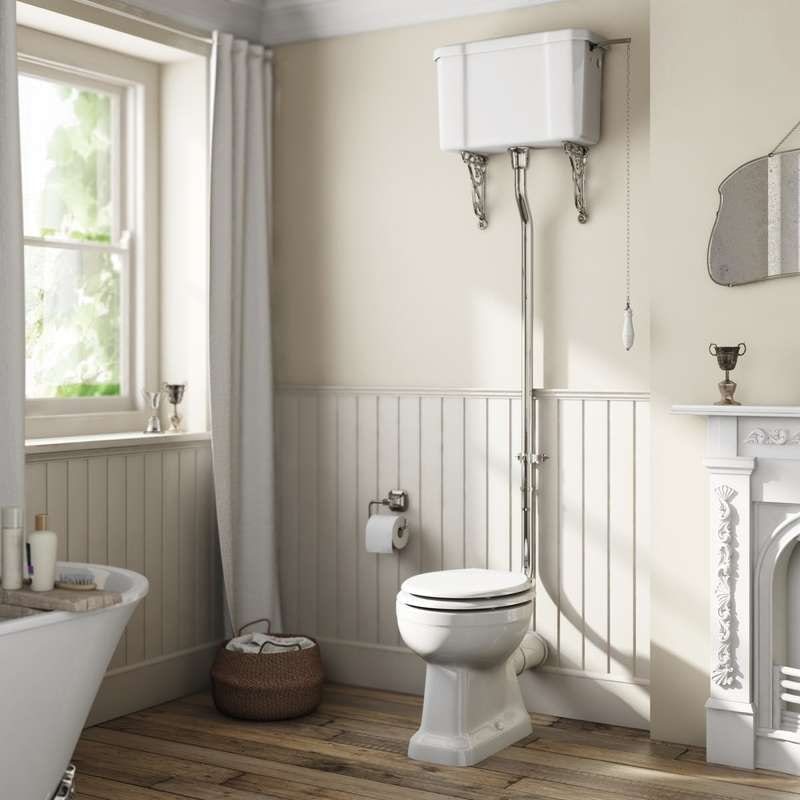 Of course, the idea of bathing was not new in itself. Romans had been using baths and natural springs for years. Crusaders had discovered the joys of hot baths too. However, here in Britain, it was only the extremely wealthy and privileged who had any kind of access to indoor baths and plumbing.

During the industrial revolution, workers were moved into small terraced houses that often had appalling hygiene conditions with many families sharing one toilet and one tap. Fitting a bath into one of these would have been nigh on impossible! But as the middle classes emerged towards the end of the 19th century, the idea of inside bathrooms became more common. Internal plumbing started to be more commonplace too. With running water, toilets could be moved indoors and bathtubs could be used rather than metal tubs dragged in from outside. Victorian bathrooms suddenly went from pipe dream to reality.

As the 20th century moved on and personal hygiene became more important, soap and detergents were developed to kill bacteria and keep people clean. Slums were cleared and replaced with better quality housing with indoor bathrooms. Washing facilities were installed in houses that predated bathrooms, and indoor plumbing became first essential, and then a legal requirement for any property.

We’ve come a long way but who knows what the generations of the future will think of our washing and hygiene habits when they look back in years to come!