We understand how important a functioning toilet is in the home, and it’s awful when something goes wrong with one.

Here’s a guide to troubleshooting the issues you can have with your toilet.

How does a toilet flush?

The most common flushing system is operated by a direct action toilet cistern. Water enters the cistern via the supply pipe and is controlled by a valve. This valve is in turn controlled by a hollow plastic float on an extended arm, which opens or closes the valve as the water level inside the cistern changes. The water level is pre-set to the required volume necessary for flushing.

I have problems with my toilet flushing

Constant use of an appliance means increased wear, but regular maintenance checks should keep problems to a minimum.

If you find something wrong with your toilet you will usually need to replace the part. The working components in a toilet cistern are readily available for replacement at VictoriaPlum.com.

Handy hint: When purchasing a replacement part for you toilet, take the old one out and inspect it to make sure you’re buying the right type. You can contact the VictoriaPlum.com customer care team if you have any questions to ensure you’re getting the right part. 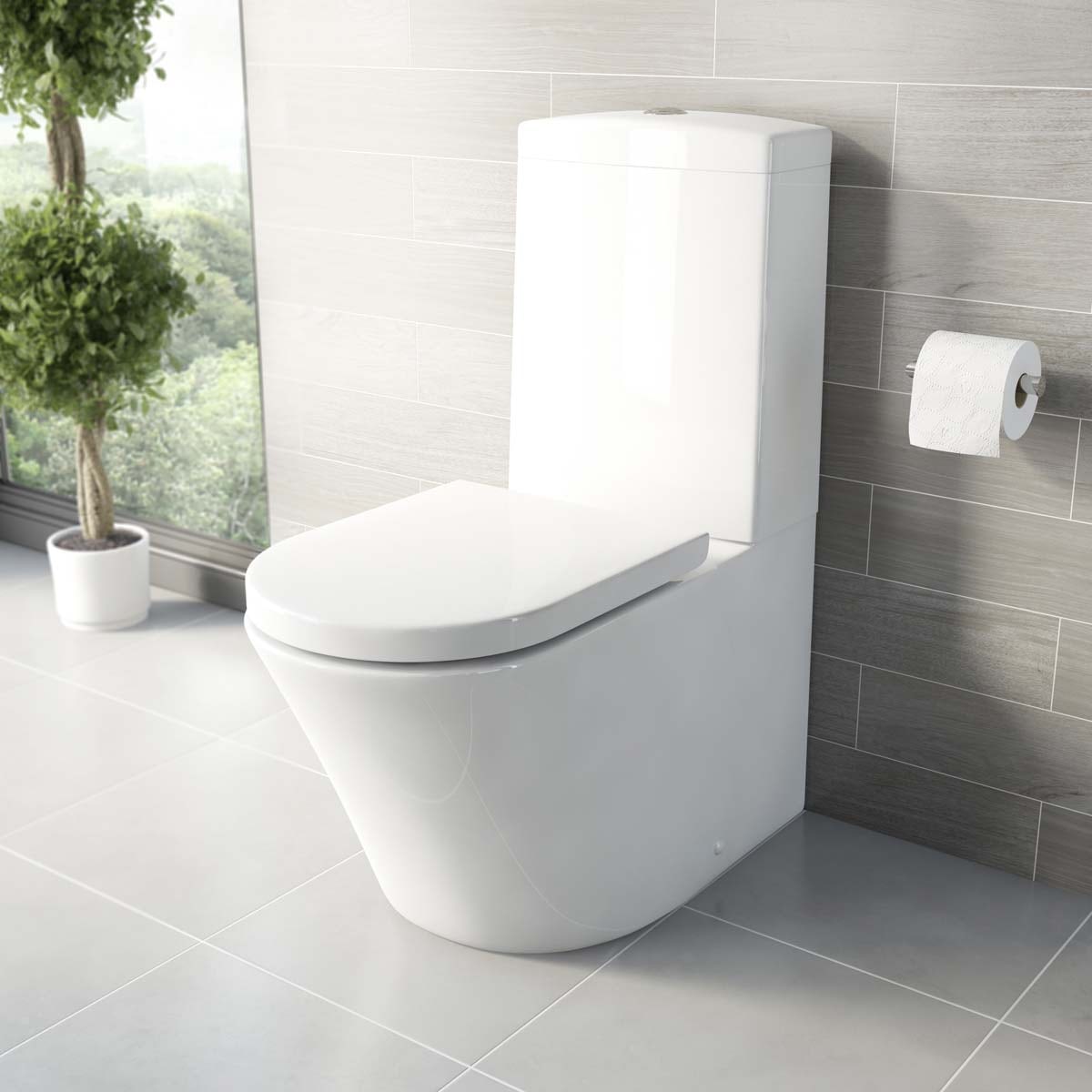 Time for a replacement? The Arte close coupled toilet is one of our most popular, contemporary designs

My cistern is constantly filling

If your cistern is constantly filling the most common problem is a faulty float valve or a poorly adjusted float arm. This is both noisy and wasteful. There are three valves that can break in the toilet cistern, the float valve, diaphragm valve and flap valve.

If your float valve is broken it means that the water level is not rising enough to shut off the water flow. Float valves are used in two places in your home: 1. loft storage tanks 2. toilet cisterns.

In a conventional system, the cold water storage tank in the loft supplies all the hot and cold water for the bathroom. If the overflow is running from this tank, you will need to shut off the water supply and change the washer in the float valve.

When you have shut off the water supply, turn on all the bathroom taps and flush the toilet repeatedly to empty the tank. To replace a float valve, disconnect the valve from its supply pipe and remove it from the cistern. Then carry out these steps:

First, remove the split pin and float valve from the toilet.

Handy hint: To prevent the piston from rotating, insert a slotted screwdriver into the gap.

Now remove the old washer and clean any debris off the cap using wire wool.

Then fit the new washer, lubricating it with a touch of silicone grease.

Now you can replace the piston. After this, reconnect the float arm to the valve.

Reinsert and fix the split pin.

Having to press the button or lever repeatedly to get the toilet to flush indicates that the flap valve is probably faulty and requires replacing.

To replace the flap valve:

Lift the top of the toilet off, then tie the float arm to a wooden batten laid across the cistern (or hold it up). This will prevent it from refilling.

Unscrew the large nut that connects the flush pipe to the cistern, and move it aside.

Undo the siphon-retaining nut to the toilet cistern base (some water will spill out at this point, so have some towels or cloths ready).

To remove the flap valve, first unhinge the chain from the toilet handle rod, then disconnect the flushing arm and carefully ease out the siphon.

Replace the old flap valve with a new one.

Reassemble the flushing system, reconnecting the chain to the toilet handle rod to complete the job.

Flush the toilet again to see if the problem is resolved.


My toilet is blocked

A blocked toilet is probably one of the most common toilet issues, and, in most cases, one of the easiest to solve.

How to unblock a toilet

First things first, if your toilet is blocked, don't be tempted to flush it a second time. This could lead to foul water and waste backing right up to the rim of the bowl, or worse, out and onto your bathroom floor.

Put on a pair of rubber gloves (a pair that go right up to your elbows would be ideal) and be prepared to get stuck in. See if you can work any blockages free or locate any objects that may have got stuck in the U bend.

If this doesn't immediately clear the blockage, you may need to use a plunger. Stick the plunger into the middle of the toilet bowl and move it up and down. This should loosen the blockage, and you'll see the water level drop.

Test your toilet, by tearing off some toilet roll and flushing it.

If none of the above steps work, there could be a more serious issue. You will need to call a qualified plumber who will know some other ways of how to unblock a toilet.


Whilst this guide may explain some of the issues that affect toilets and methods to deal with them, we would always recommend hiring a professional to deal with any plumbing issues you may have.

If it's time for a change, check out our great range of low cost toilets and find out how to fit a toilet. 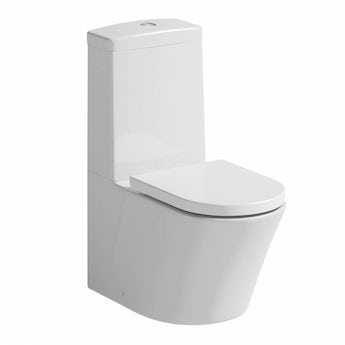 With such a range of styles and designs available, it can be difficult to know where to start when it comes to choosing a toilet. This guide will explain the options available to you, so you can find the perfect toilet for your bathroom.

Close coupled toilets are the most popular design for modern bathrooms, thanks to their wide variety of styles. This guide will give you an overview of the types of close coupled toilet available at VictoriaPlum.com, and the things you need to consider when choosing one.

Back to wall toilet buying guide

A back to wall toilet is the ideal choice for a contemporary bathroom, providing a sleek, modern look. If you’re thinking about a back to wall toilet for your bathroom, this guide will give you an overview of the range available at VictoriaPlum.com, and what you need to consider when choosing one.