Whether you're creating a whole new bathroom or making a simple update to your existing suite, it's those small details that can really make a difference.

One of the most stylish choices for contemporary bathrooms, it isn't hard to see why waterfall taps are so popular. In this expert buying guide, we'll explain what waterfall taps are, how they work and demonstrate how they can fit with the look and feel of your bathroom.

What is a waterfall tap?

The waterfall tap is a stylish and contemporary evolution of the traditional tap, designed so that water cascades from a single, open spout. Waterfall taps come in varying widths and sizes, and are usually controlled by one easy-to-use handle.

How are waterfall taps different?

Many of our more traditional taps have separate hot and cold spouts, while modern mixer taps can combine the two feeds for a more controlled temperature. Waterfall taps use this modern style, but they take it one step further and open up the spout to create an elegant cascade of water rather than a focused stream. These taps are generally more contemporary in style too, but there are still options for a slightly more classic look.

Waterfall taps aren’t any more complicated to fit than other mixer taps, so are easy to install.

The Wye from Orchard Bathrooms is one of the smaller and sleeker choices from our range of waterfall basin taps, with contemporary lines and simple styling, perfect for an elegant cloakroom or ensuite. It’s available as a basin or bath mixer tap, as well as a basin and bath shower mixer pack. 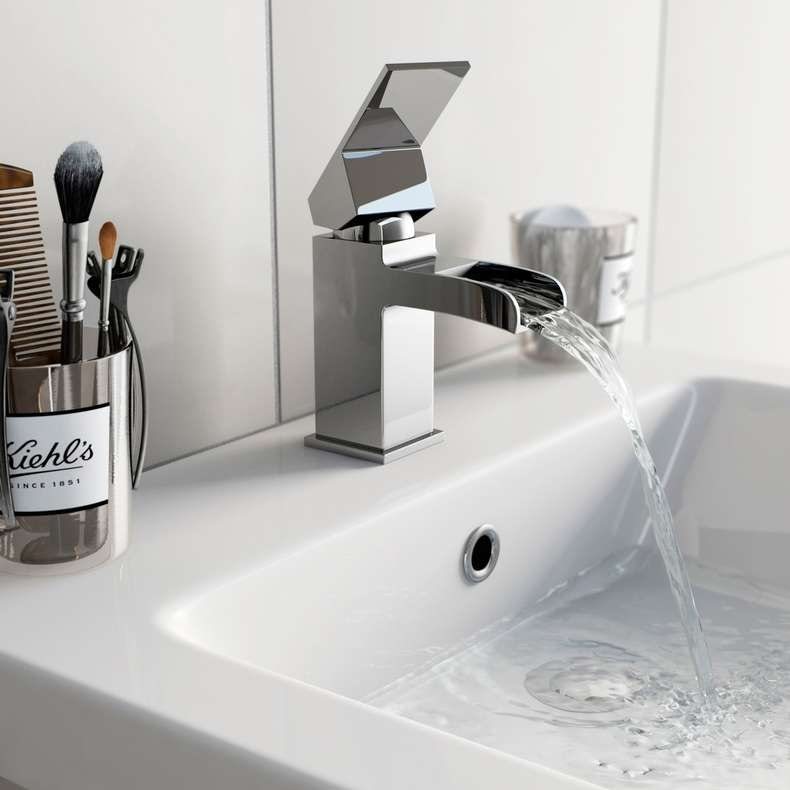 The Eden from Orchard Bathrooms is a unique waterfall tap range, made with an oval-shaped spout instead of square. This is also one of the smaller options of waterfall tap, so can be a good choice for a cloakroom. It comes as a standard basin mixer or as a package with the bath mixer too. 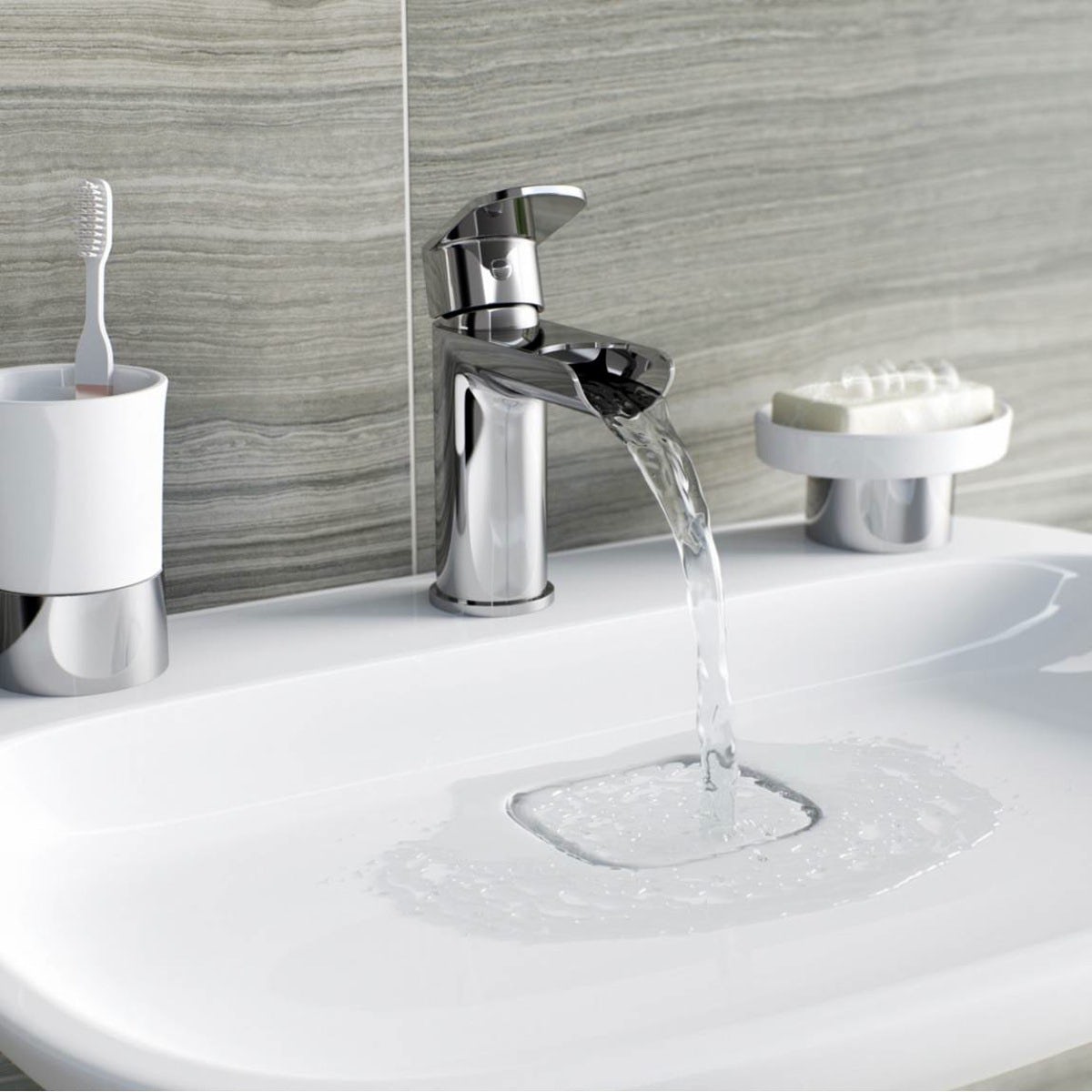 The Reinosa is one of the wider waterfall taps, with a square spout with rounded edges in a bright chrome finish. Though contemporary in style, this tap has a slightly more classic edge to it, so may suit a more traditional style bathroom. It’s available on its own as a basin mixer, paired with the bath mixer or complete with a shower head attachment as part of the basin and bath shower mixer pack. 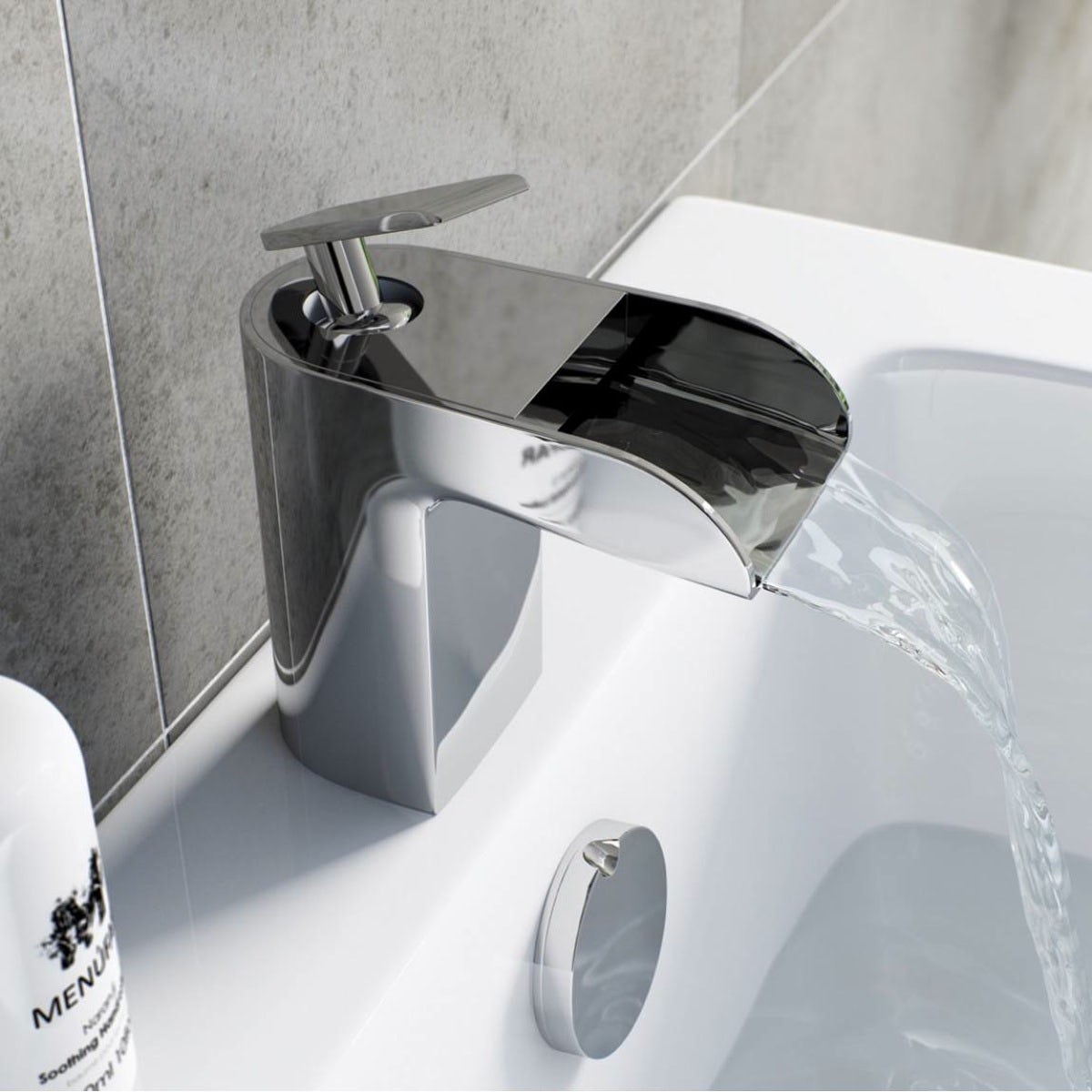 The Carter from Mode Bathrooms is the widest waterfall tap we sell, with a minimalist square spout and square handle. Metro also offers a range of sizes to suit different requirements, such as a cloakroom or standard basin. There’s even a freestanding tap available as part of the Metro basin mixer and bath shower standpipe pack. 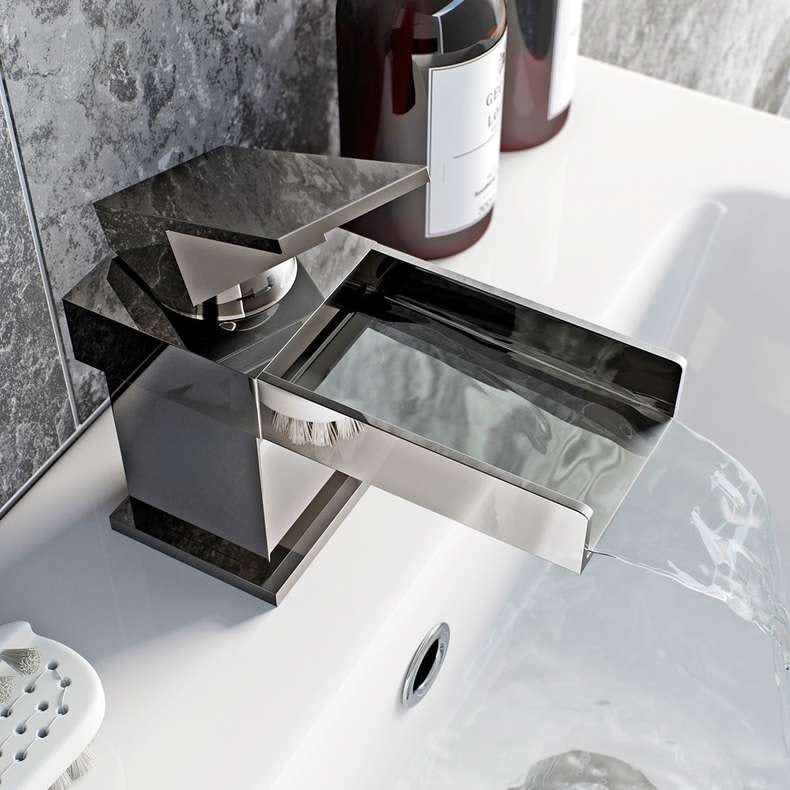 By clicking on the "Dimensions and Specifications" tab for each waterfall tap on our range, you can find comprehensive details about the minimum and maximum pressure, dimensions, spout projection and lots of other information.

Posted by Adam Chard in Buying Guides | 5 years ago