Up to 70% off September Savings final week

Thinking of updating your bathroom suite? By choosing the right basin taps, you can really alter the entire look and feel of your space. Our expert buying guide will help you to select the style that’s right for you.

Simply click on any of the links below to jump to a relevant section.

What are the main types of basin taps?

Before looking into finishes and styles, it’s important to consider what kind of basin tap is most practical for your bathroom. All of our taps at Victoria Plum can be used with all major types of UK domestic water systems. So, whether yours is gravity fed, pumped, unvented high pressure or you have a fully modulated combi-boiler, you’ll find the perfect basin taps in our range.

If your basin has 2 tap holes, you’ll need a pair of separate pillar taps: one for hot water and one for cold. Pillar taps come in a range of different styles, from sleek lever handles to the traditional cross head, so you’re sure to find something to complement your bathroom and your taste.

The Tate, with its angular spout and cross handle design, is a modern take on a traditional style

Suitable for basins with 1 tap hole and homes with good water pressure, basin mixer taps allow you to adjust the level of hot and cold to achieve the perfect water temperature from the spout. Basin mixer tap designs can vary, from 2 handles either side of a spout to a single lever handle. 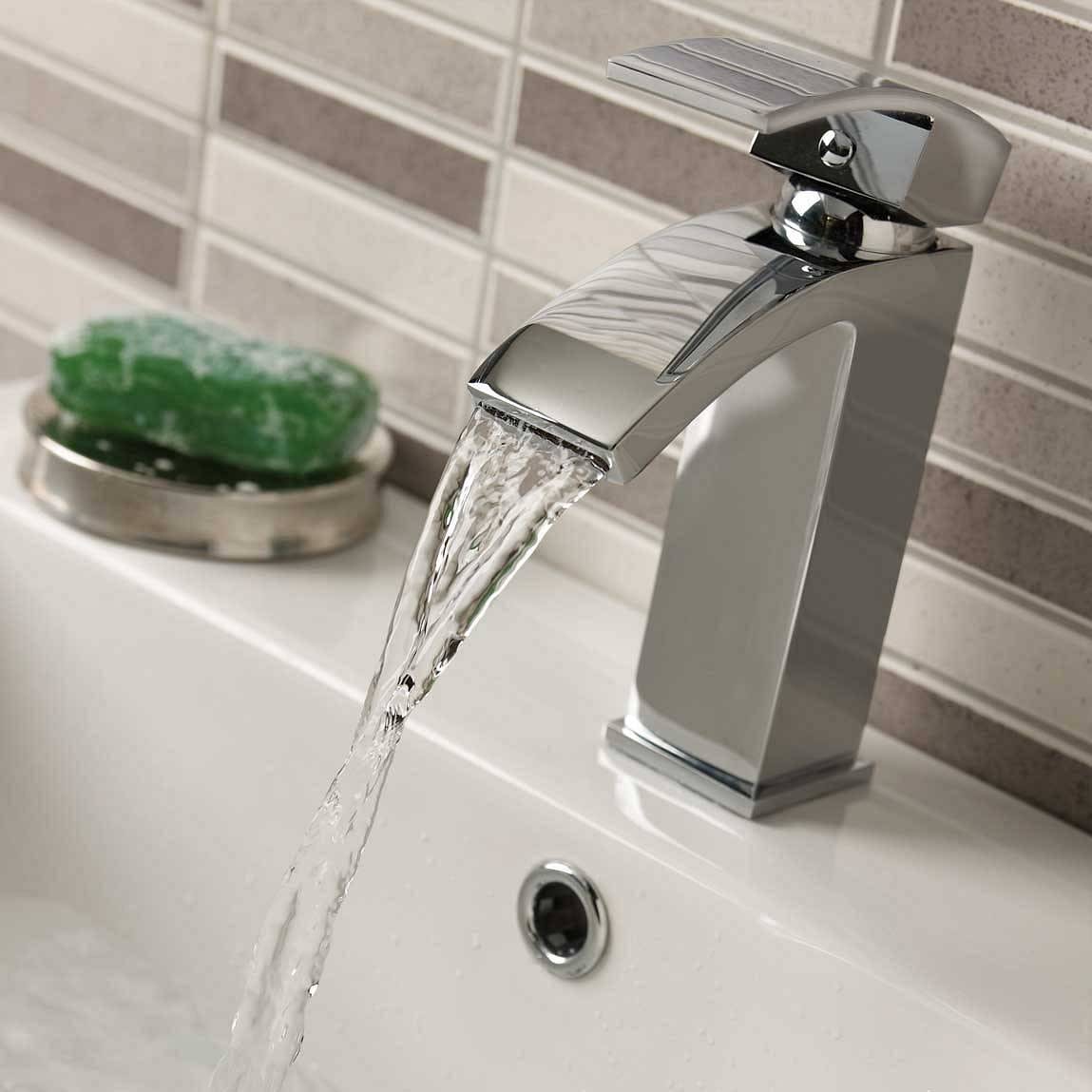 The Wye basin mixer tap is a highly contemporary design, with a stylish curved and flattened spout

For counter top basins, a pair of wall mounted basin taps might be most suitable. 3 holes are required in the wall: one for each handle and one for the spout. Wall mounted basin taps are also ideal if you want to maximise the amount of space around your basin, as the handles are positioned on the wall above, rather than around the edge of the basin. 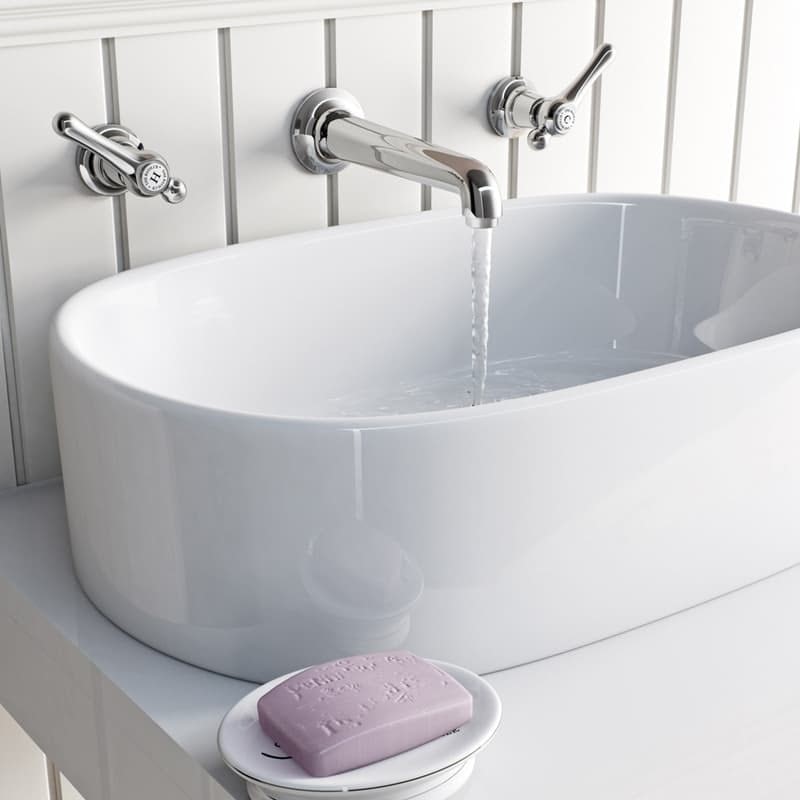 With the rise of the smart bathroom, it’s hardly surprising that you’ll know find a selection of digital basin taps that’ll bring your home firmly into the 21st century. Offering precise, thermostatic control with just the lightest of touches, the tap comes complete with temperature-changing LEDs and a digital valve which is easy to install. Choose between basin or wall mounted designs to complement your ultra-modern bathroom space. 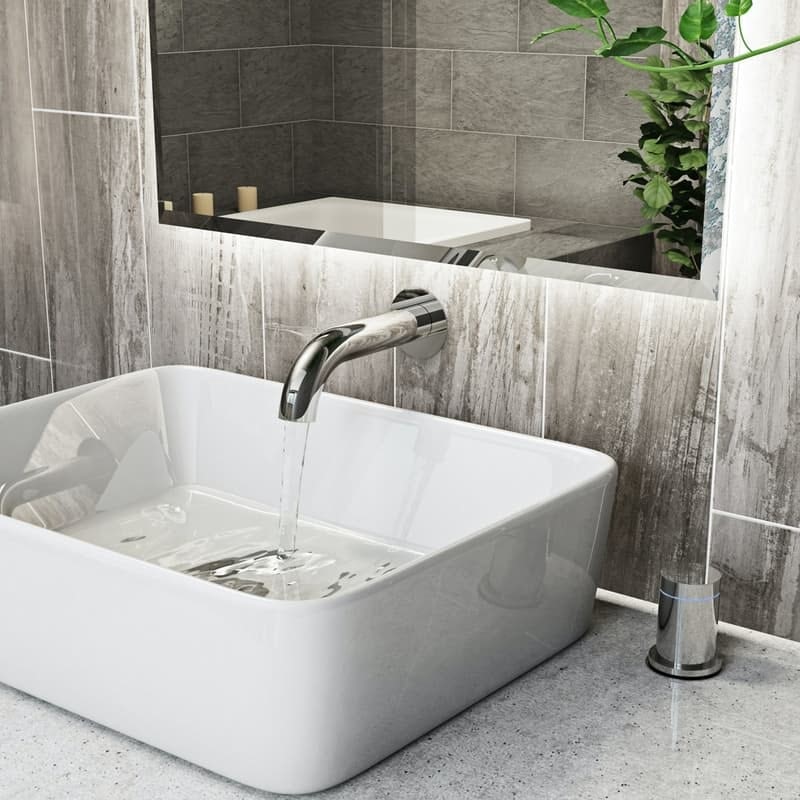 Once you have identified whether you need pillar taps, mixer taps or wall mounted taps, you can begin to consider what style you prefer. From traditional basin taps with cross head handles, to sleek and contemporary waterfall spouts, the type you choose really depends on your personal preference and the style you want in your bathroom.

For a more traditional style, why not choose the popular Dulwich basin mixer tap?

The majority of our taps at Victoria Plum are made from brass and have a polished chrome finish, meaning they are extremely durable and look fantastic.

Most types of the basin taps outlined in the section above come in a variety of finishes and styles, so whether you prefer contemporary or traditional, chrome, gold or black taps, our diverse range at Victoria Plum is sure to include the perfect basin taps to complement your bathroom suite.

How do I install or replace basin taps?

We always recommend that installing or replacing basin taps should be done by a professional plumber, but all our taps do come with complete installation instructions if you’re confident you can fit it yourself.

You will find plenty of help and tips on how to fit basin taps and, more specifically, how to fit a basin mixer tap in our advice section.

How do I clean basin taps?

Keeping your basin taps clean is a great way to keep your whole bathroom looking great and functioning as it should. In addition to giving your tap a wipe over every now and then (suitable household cleaner or a mix of white vinegar and water can work wonders), it may be worth cleaning the basin tap cartridges sporadically, to ensure a good water flow is maintained.

We stock one of the widest ranges of basin taps in the UK, with a size, style and price to suit bathrooms big and small. Discover our full selection of basin taps today by clicking on the image below.

Posted by Adam Chard in Buying Guides | 7 months ago