What a drain! Common causes of blocked plug holes

Whether it’s the kitchen sink, the bath tub or that brand new stylish vanity unit that you had installed, having a blocked plug hole is inconvenient and unpleasant.

It is probably the most common problem to occur in modern plumbing systems, as general the materials used and the designs incorporated minimise most other faults. However, a blocked plug can occur for many different reasons which is why they can happen annoyingly frequently.

Of course when it does happen it isn’t usually a reflection on your cleanliness or maintenance any more than it is on the design of your fittings. The causes are usually simple and straightforward and can mostly be solved with a little application and few DIY skills.

When you do get a blocked drainage system of any kind it is important to tackle it swiftly as it can, in some rare cases, reflect a more serious underlying problem.

So what are some of the most common causes of blockages?

By far the most common cause of a blocked plug hole is because something has become stuck somewhere in the system. Although we don’t realise it, a lot of material such as hair and soap in bathrooms, and fats and food waste in the kitchen, end up going down the plug hole.

Sometimes for various reasons this can accumulate further down the pipes and ultimately build up over time to cause a blockage which is only noticed when a slowing of draining water becomes an actual pool that refuses to budge.

Most often this doesn’t require a plumber to be called out as sections of piping underneath the sink can be easily removed and cleaned. If the foreign object is something larger and has been accidentally dropped down the plug it will most likely have been caught in the basin trap, which is specifically designed for this purpose and if fitted correctly is extremely easy to access. 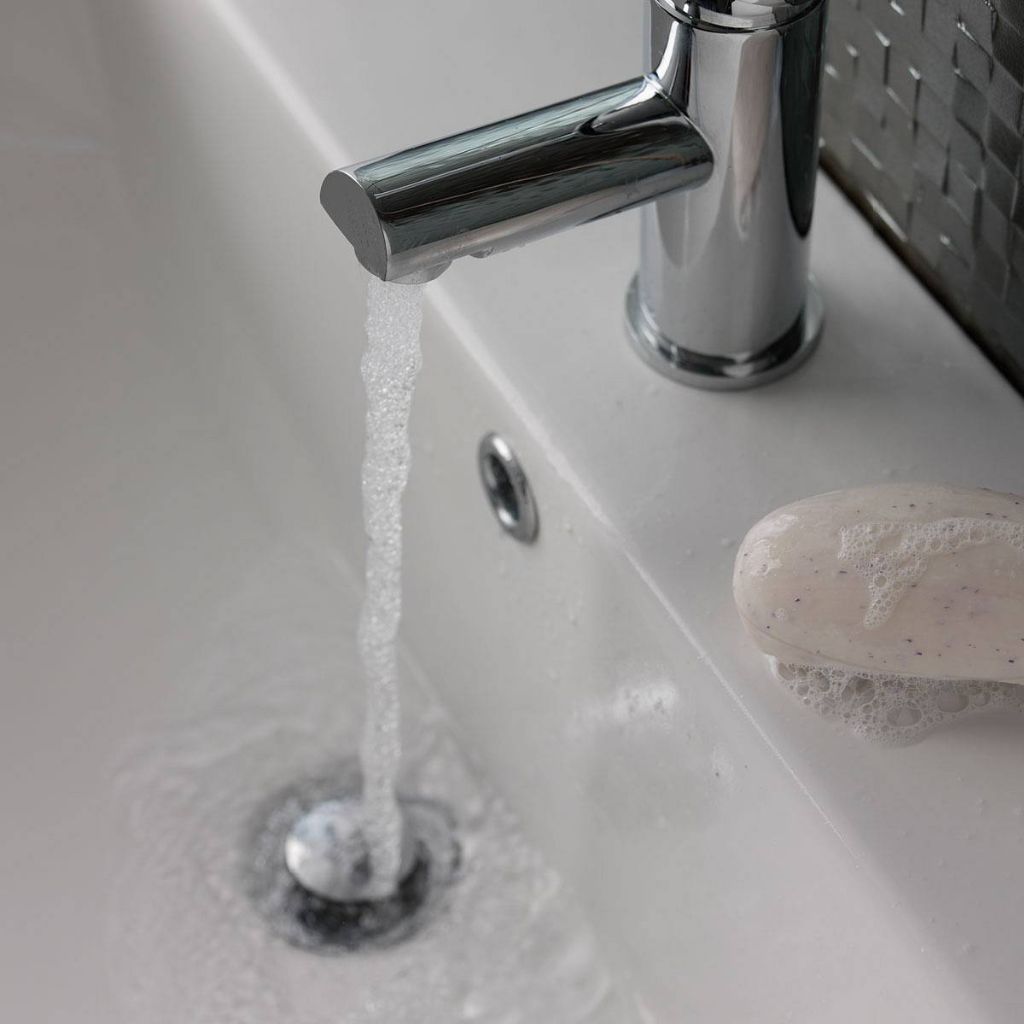 Water should drain easily through your plug hole

The weather can be a culprit as heavy rain during a storm, especially after a period of good weather, can cause drains to become blocked outside and back-up into your property.

This is because leaves, dirt and other debris can be washed into drains by a downpour but sometimes even just a large volume of water can cause the problem.

Unless the drain in question is your main outside-access one there is usually little you can do about this problem and it often solves itself.

If you constantly have blocked plugs it may actually be due to incorrect installation of plumbing and piping. As water flow is dependent on gravity, pipes that have been installed with wrong falls or angles can easily lead to a build-up of material that can cause blockages.

If you have more constant gurgling sounds, water levels draining slowly or experience bad smells you might have a more pressing problem.

Sometimes DIY repairs can be the culprit where an eager but unknowledgeable handyman or woman hasn’t quite understood the basics, so it’s always worth speaking to a professional.

Whilst we would always recommend hiring a recommended and qualified plumber to install your bathroom, there are some jobs you could try yourself if you feel confident in your own DIY abilities.

Why not take a look at our easy-to-follow how to guides: