Up to 70% off September Savings ends in

Is a walk in shower considered a full bath?

If you have a walk in shower in your bathroom, can it be considered a "full bath" bathroom? We reveal the answer to this and more.

So you’ve just bought a new house and want to renovate the place. If the title captured your attention, then you’re probably planning to give your bathroom a makeover. Well, the good news is, you've come to exactly the right place! Even within a small space such as the bathroom, there are many features to consider. This article is solely dedicated to the topic of bathrooms, specifically on the aspect of full baths. Curious to find out more? Then you’ll want to continue reading...

Does a bathroom with a walk in shower like this, plus toilet and basin, constitute a "full bath" bathroom?

What exactly is a "full bath" bathroom?

A "full bath" bathroom has 4 components: a shower, bathtub, sink, and toilet. It has to have all 4 features to be considered a "full bath".

Not every house or flat possesses enough space to install a full bathroom. If you’ve browsed other housing options, you may have found other listings with three-quarter baths, half-baths or quarter-baths. Typically, these bathroom terms are universal so the meaning should apply to most places.

It is rather straightforward. Each component of the "full bath" contributes to a quarter. Take one component away and the ratio of the "bath" will drop by a quarter.

Three-quarter baths come with a toilet, shower and sink. This is fairly common, especially when it comes to ensuite bathrooms which add value to your home.

Half-baths come with just a toilet and sink. And finally, quarter-baths usually only have either a toilet or sink, which is considerably rare as these two components usually go hand-in-hand. What is even rarer is a bathroom with just a shower and nothing else.

For more information, read our introduction to bathrooms, where we explain all about the different types and sizes. 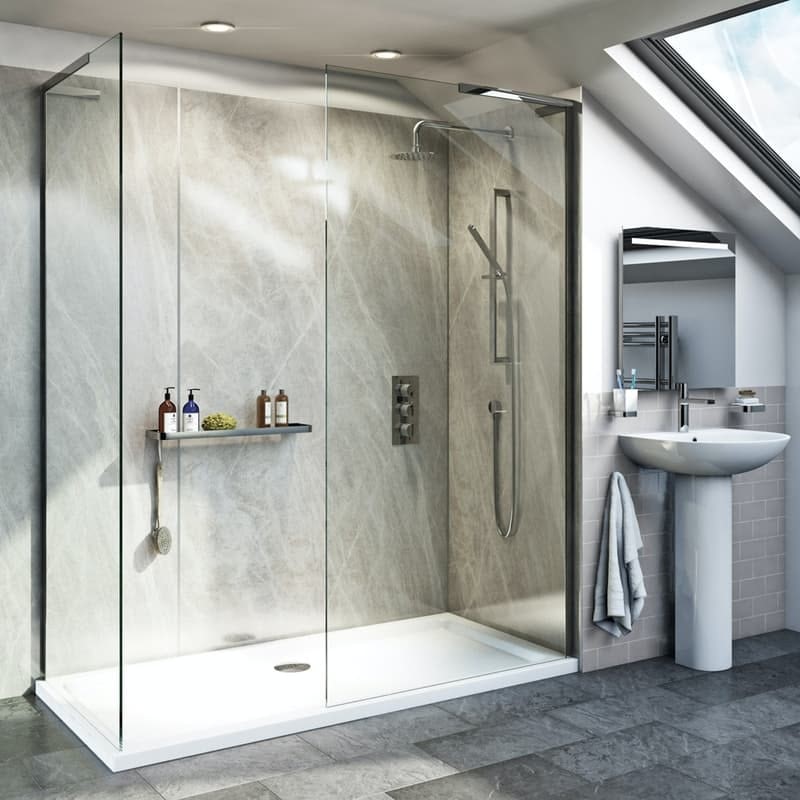 A walk in shower enclosure, accompanied by a toilet and basin, forms a three-quarter bath bathroom

Is a walk-in shower a full bath?

One common misconception that people have is that walk-in showers, or upgraded ones in general, mean the washroom can be counted as a "full bath".

The short and simple answer to whether a walk-in shower is considered a full bath is “no”. It is not.

As mentioned previously, a bathroom is considered a full bath only when it has all the 4 components of a sink, toilet, shower and bathtub.

If it doesn't include all 4 features, then it doesn’t count. Simple as that! The size of the other components, no matter how fancy and big, doesn't make a bathroom a full bath as long as there is no bathtub. Then, you might consider that a half bath or a three quarter bath or a tub shower combo. 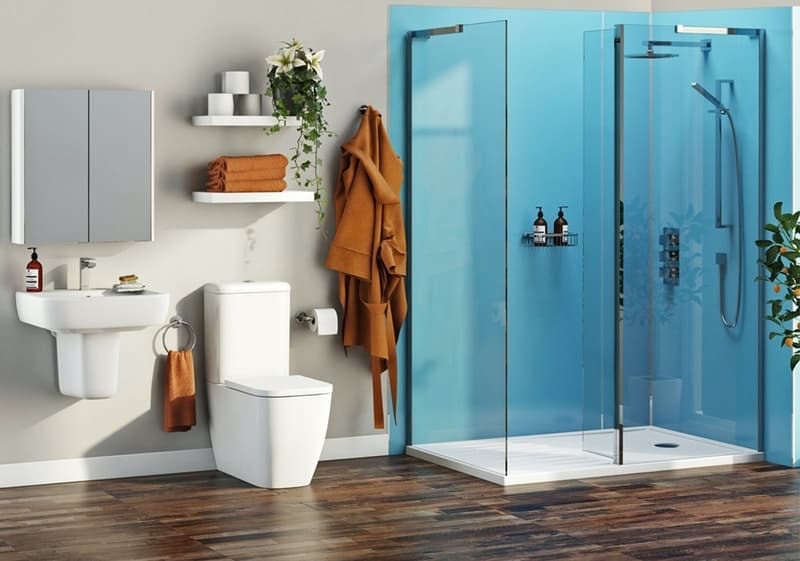 Is this a "full bath" bathroom? The simple answer is no

Should you get or upgrade to a full bath?

This honestly boils down to personal preference and your current situation. Is the bathroom big enough to install both a shower and bathtub? Will you use the bathtub frequently? And will that fit into your budget?

There are just some questions to consider. Usually, the fourth component that homeowners contemplate is the bathtub. Is it really necessary?  At least one tub shower combo usually suffices for most half bathrooms but for the master bathroom (sometimes attached to the master bedroom in something we would call an en suite arrangement), have both a tub and a stall shower combo.

The shower itself often comes in the form of a recess with shower door or a full shower enclosure. The shower and tub usually end up in similar spots when compared to the original half bathroom layout. 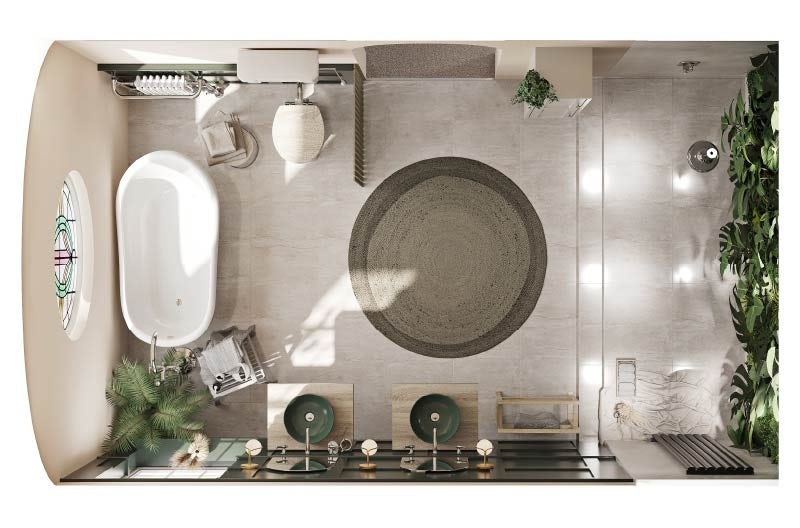 Do you have space for both a bathtub and shower?

If you see yourself using the bathtub frequently, then go ahead. A freestanding tub is, honestly, a thing of beauty. If you're upgrading your only bathroom, you should spare no expense. Moreover, if you're leaning towards a traditional bathroom set-up for your master bathroom, you probably have an above average amount of space, as older bathroom sizes tend to be bigger. The don't usually require any custom-made shower enclosures or space-saving features.

If a bath isn't your thing, you may as well put your space to better use. As you'll be saving costs on the plumbing and the bathtub itself, you could opt for a larger enclosure, fancy shower head and valve, plus a custom shower tray.

A growing number of bathrooms are three-quarter baths, meaning that a bathtub is not installed. This can be attributed to the growing mindset that bathtubs aren't a necessity, so many homeowners don't mind going without them. Although, when the time comes to move, you may need a bath to sell your home.

There are still people who absolutely want a bathtub in their homes and even consider it a deal-breaker feature. Parents with young children often fall into the latter category as they find it more convenient to bathe their kids in the bathtub.

So, should you still get a bathtub or spend the money on a luxury shower instead? Again, the answer isn't exactly straightforward. But let’s take a look at the pros and cons of both.

Luxury showers are typically larger and equipped with more amenities such as a rain shower head.

For people who don’t see themselves using a bathtub often and have the budget, opting for a luxury shower would definitely be the wiser choice. It serves more practicality as you’ll actually be using the shower instead of letting the tub sit there with little purpose.

By having one fewer component, you’ll get the illusion that your bathroom is more open and spacious. This allows you more flexibility when it comes to the design of the entire bathroom. You could have a separate vanity unit or install more storage space.

Additionally, having a luxury shower rather than a bathtub can help you to save on water and save on your utility bills in the long run. As relaxing as soaking yourself in a bubble bath is, think about how much water is needed to fill that giant tub! Approximately 200 to 220 litres of water is needed to fill a large tub. Even smaller-sized bathtubs require a considerable amount of water to be filled. If you take multiple baths a week, your utility bills might soar. Taking long showers might also increase your water bills but not as much as using the tub several times a week. These are all important things to consider, especially with average energy costs increasing rapidly in recent times. 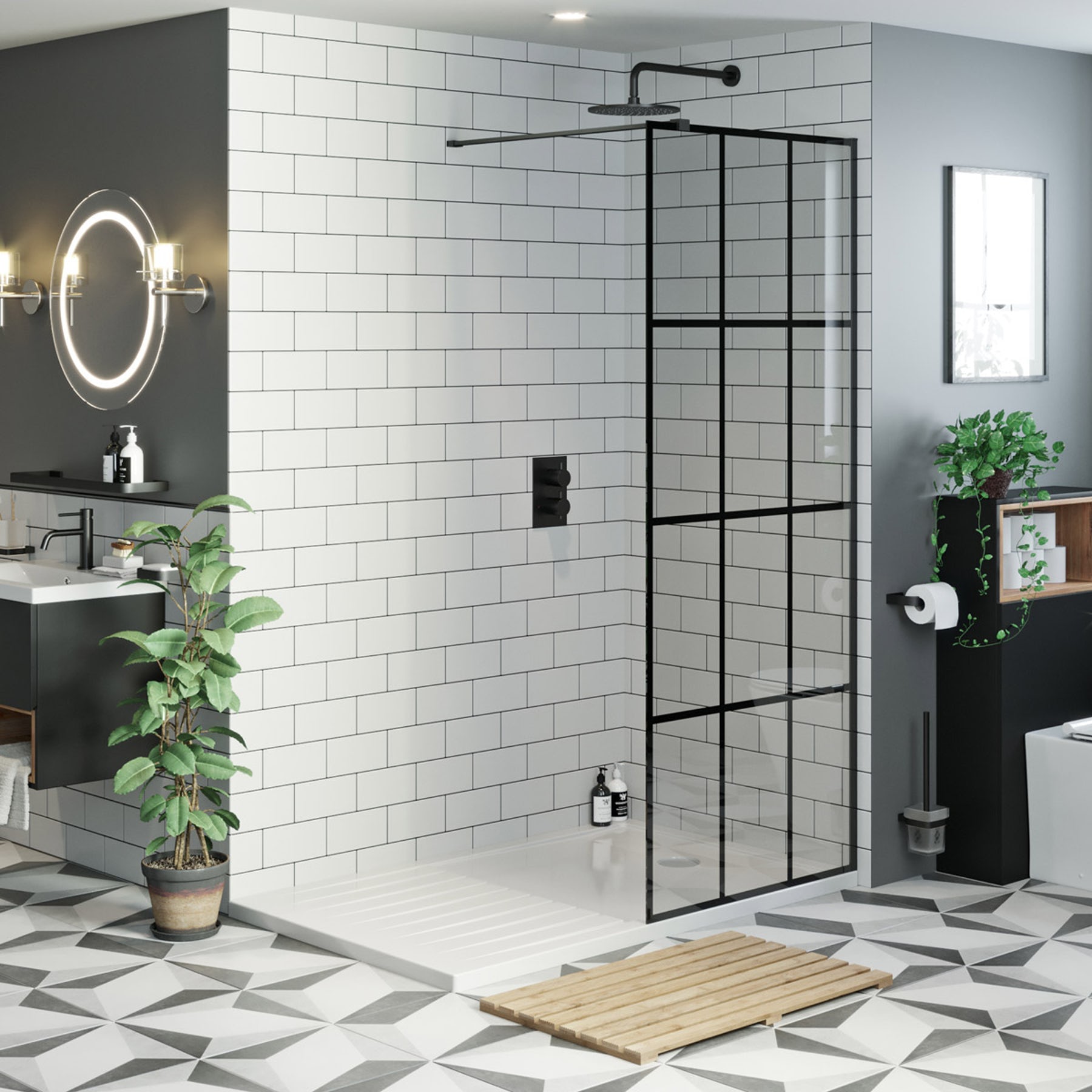 This black-framed walk in shower enclosure is very on-trend

The downsides to bathtubs only arise if you don’t use them frequently. It’s the same with cars. If you buy a car and let it sit in the garage, then you'd be better off selling the car and taking public transport instead.

That said, if you do take frequent baths, then, by all means, go ahead and get a tub instead of a luxury shower. Relaxing in a bubble-soaked bath definitely hits differently than standing under the shower. Ultimately, you should prioritise your personal wellbeing. If taking baths helps you to wind down and clear your mind after a long day at work, then don’t sacrifice that intimate and private time for yourself.

Additionally, despite gaining less popularity as it did among homeowners in the past, some people still expect the master bath to be a full bath with all 4 components of a sink, toilet, shower and tub. Having a full bath in the master bathroom, therefore, can affect the resale price of your house to a certain extent. It all boils down to personal preference once again.

If you are still perplexed over this, consider how long you think you'll remain in your home. If you're planning on renting it out or selling up in the near future, then you might want to get a bathtub as it could help you sell your home more quickly. However, if this is your forever-home—somewhere you plan to grow old or raise a family—choose whatever best suits you. 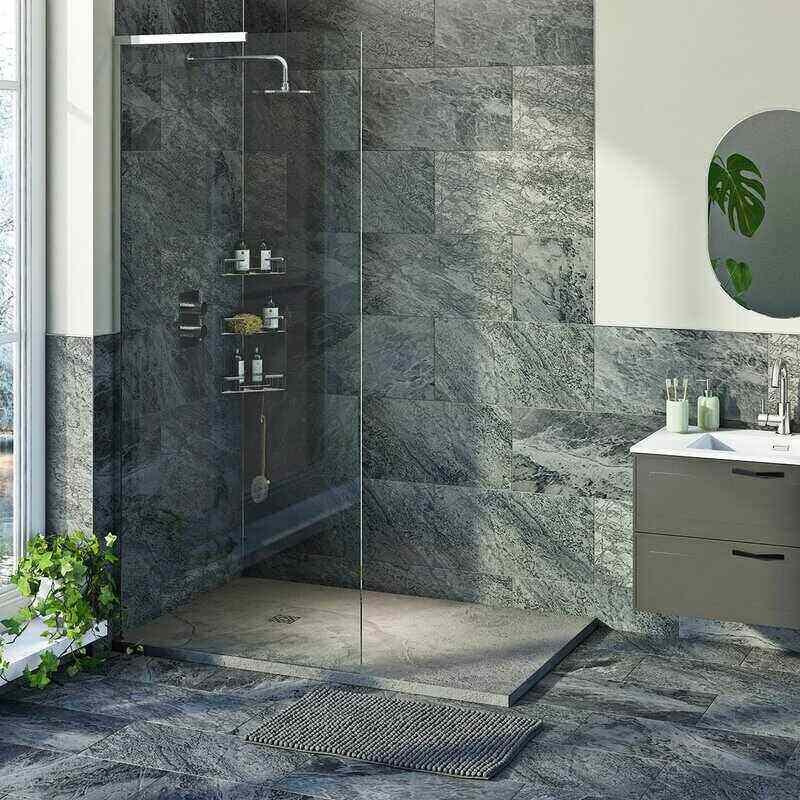 With all that said, you should ultimately follow your gut instinct. If any of the pros and cons stood out for you, then follow through with your own plans. We'd strongly encourage getting opinions from friends, family members or even interior designers. With all this advice, we hope you’ll end up with your ideal bathroom.

If you've been inspired to fit a shower enclosure in your bathroom, why not browse the extensive range available at Victoria Plum? From luxurious walk in enclosures to space-saving quadrant shower cubicles, you're bound to find the perfect choice to suit your home and budget. Simply click on the image below to begin.

Posted by Adam Chard in Room Planning | 1 month ago