A history of brushing your teeth

Time to brush up on your bathroom history? Get your teeth into this fun, fact-filled article…

The thought of going through an entire day without brushing our teeth doesn’t conjure up a pretty picture. Not only is it bad for our teeth, but with the variety of food and liquid we put into our mouths on a daily basis, having bad breath isn’t something to aspire to. For everyone reading this article toothbrushes have been around since they were born, but that hasn’t always been the case. Read on to learn more about the history of brushing your teeth and how the toothbrush came to be a dental hygiene tool none of us could live without.

A time before toothbrushes

Believe it or not, there was a time when humans didn’t brush their teeth at all – and yet they still did not experience many dental issues. While that may not seem impossible, there are a number of reasons why ancient civilisations were able to achieve that, including:

Remember, ancient civilisations didn’t eat food stuffed with sugar and artificial ingredients, or fast food restaurants on every street corner. Instead, they ate rice, vegetables, fruits and wheat, all of which do not contain any chemicals or preservatives, but instead, vitamins and nutrients that are good for teeth.

A lot of foods during that period of civilisation contained high levels of fibre, which helps to clean teeth naturally as it requires more chewing, producing salvia to wash away any bacterial debris. This meant dental plaque was far less common to keep teeth cleaner.

Of course, as our diets have changed, so has our need to use tools like toothbrushes to combat the artificial elements that are inherent in our foods today. This handy little tool has come a long way since its first primitive form, which first started a few thousand years ago. 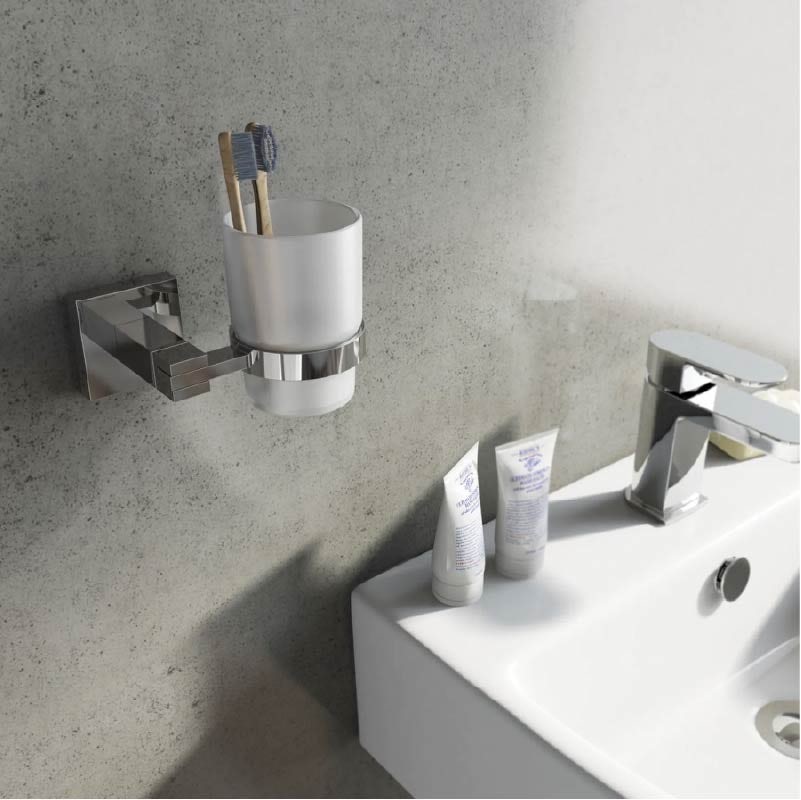 The early forms of toothbrush

It is widely believed that the Egyptians and Babylonians were the first to use an item to clean their teeth, starting with frayed twigs around 3,500-3,000 B.C. Historians were able to piece this together as it was common practice for Egyptians to entomb themselves with their possessions, including these twigs. People living in North Africa and the Indian subcontinent would use chew sticks sourced from the Salvadora persica tree.

Chew sticks are a common feature throughout the Islamic world and a number of laboratory tests have shown the tree to be an effective deterrent against things like oral bacteria and plaque growth. It is also a common ingredient found in many health remedies as it has been proven to help lower cholesterol and stress-induced ulcers.

Somewhere between 600-900, the Chinese Tang Dynasty created the first natural bristle toothbrush. These early designs featured bamboo or bone for the handle and pig’s hair for the bristles to brush the teeth. As these migrated into Europe, horsehairs replaced the pig’s hair, with some also using feathers, although you wouldn’t exactly have two rows of perfect white teeth once finished.

The invention of the modern toothbrush

However, before the bristle toothbrush found its way into the Western world, Europeans would use rags rolled in salt or soot. And it wasn’t until 1780 that William Addis invented what would come to be known as the “modern” toothbrush. He wasn’t an inventor by trade, but after finding himself in prison charged with inciting a riot, he was inspired after spotting a broom found in the corner of the room. He picked up a bone from floor, somehow made holes in it and managed to convince the guard to give him some bristles from the broom. Not the most glamorous of settings for an invention that would transform society, but this is apparently how the toothbrush first came into the world.

When Addis came out of prison, he made a number of toothbrushes using bone and horsehair and started to sell them with great success. With more sugar being imported into the UK via the West Indies, the toothbrush became an increasingly popular way to combat tooth decay. Addis’ business continued to flourish and continues today as Addis Housewares, which exists under Wisdom Toothbrushes.

By the middle of the 19th century toothbrushes were being sold right across Europe, although it didn’t reach America until 1857. H.N. Wadsworth filed the first patent, with mass production beginning around 1885. The country was changing in light of the end of the civil war in 1865 and as the Old West was dying out, the toothbrush became a symbol of the modernisation needed to push the country into a new era. 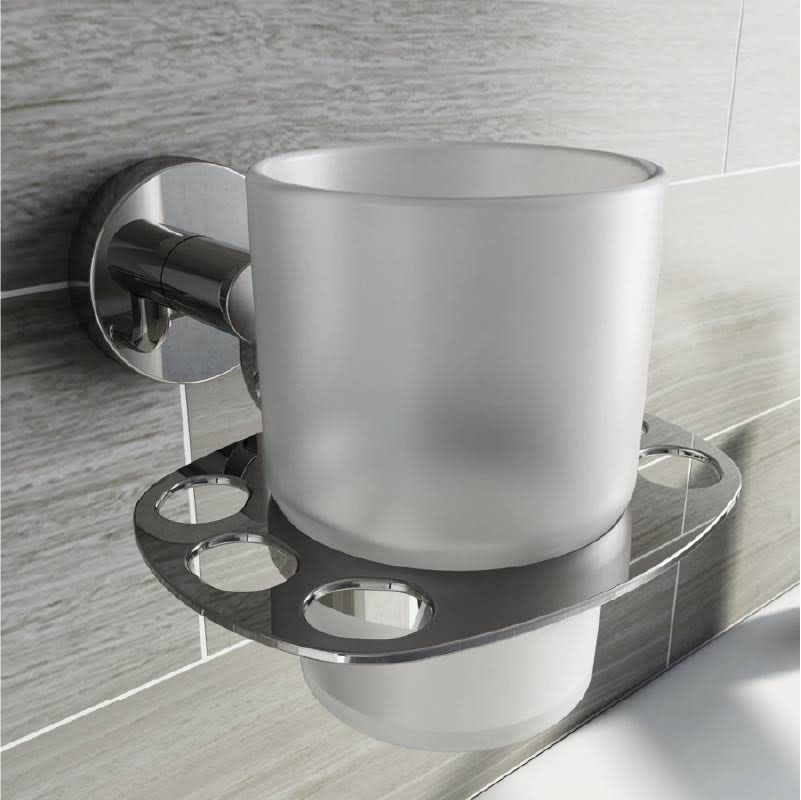 It took until 1935 for the toothbrush we know today to come into existence. Wallace Carothers and his team, who worked for chemical giant DuPont, created a new material called nylon. Within the space of a few years this was used to replace animal hair to form nylon bristles, which would change the way toothbrushes were made forever.

However, while nylon bristles were much cheaper to manufacture, and the material was far less likely to foster growth of bacteria compared to animal hair, it wasn’t until after World War II that they became popular in America. Soldiers returning home had formed the habit of using a toothbrush on a daily basis after it became a dental hygiene requirement during their time serving in the army.

The evolution of the toothbrush continued with the invention of the electric toothbrush in 1954, by Dr. Philippe Guy Woog in Switzerland. The now famous ‘Reach’ toothbrush by Johnson & Johnson was made available to the public in 1977, mimicking dental instruments with its angled head to provide improved access to back teeth areas. And, if trailing wires and chargers are making your bathroom look unsightly, there’s even a solution for that, with this neat wireless electric toothbrush charger (pictured below). 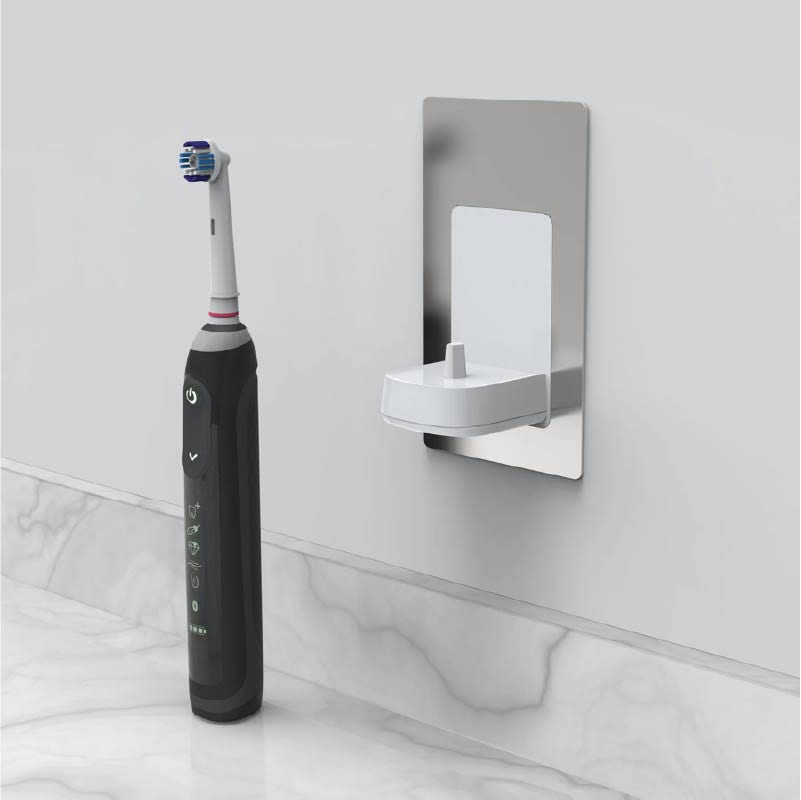 The Lemelson-MIT survey in 2003 confirmed the importance of the toothbrush to American society in the modern age. Participants were asked to rank items such as mobile phones, microwaves, cars and laptops in order of importance and they choose the toothbrush as the most important invention ahead of everything else. In less than 60 years the country had come a long way from not recognising it as a dental hygiene requirement to now seeing it as an absolute essential part of everyday life.

Brush up on your bathroom history

From the invention of the toilet to the evolution of baths, you’ll find plenty of interesting articles on the history of the bathroom right here at Victoria Plum. Discover which way toilet rolls should be hung, how radiators came to be and find out everything you need to know about Victorian homes.

If you have a new-found respect for your toothbrush, perhaps it’s time to give it a home worthy of it? Discover our range of sleek, stylish toothbrush holders and tumblers, as part of our bathroom accessories range, by clicking on the image below.