Running through time: A history of taps

Turning through the pages of history, the humble tap barely gets a mention. Yet, it’s an invention that has stood the test of time; over 2,000 years, in fact!

It’s only when you take a look at the Earth on a map or via a satellite picture that you remember how much of the world is taken up by water. 71% (333 million cubic miles) of it in fact. Yet an estimated 97.5% is salt water, with fresh water accounting for only 2.5%.

That smaller portion is what the world relies on to drink and use for bathing and showering. Most of us take it for granted that all we have to do is go into the kitchen or bathroom to turn on the tap to enjoy running water in our homes. But it hasn’t always been this way and there was a time when taps didn’t even exist. So, how were they invented and what did we do before they became an essential part of our daily lives? Read on and we’ll tell you everything you need to know about the history of taps.

The Romans were no slouches when it came to inventing water-related systems and much like the drainage systems they introduced to Britain once they conquered the land, the history of bathroom and kitchen taps, not to mention plumbing, is also very much down to them too.

Back in Ancient Rome, the estimated population of the time was somewhere between half-a-million to a million people and forward-thinking engineers were able to provide running water to its citizens.

This was achieved through the use of a network of canals and aqueducts which stored and directed water. Brass valves were fitted onto the end of lead pipes to provide water to public baths (which were extremely popular) and a small number of homes. Quite surprisingly, the ball valves we use today to control water flow were very similar to those used by Romans thousands of years ago. 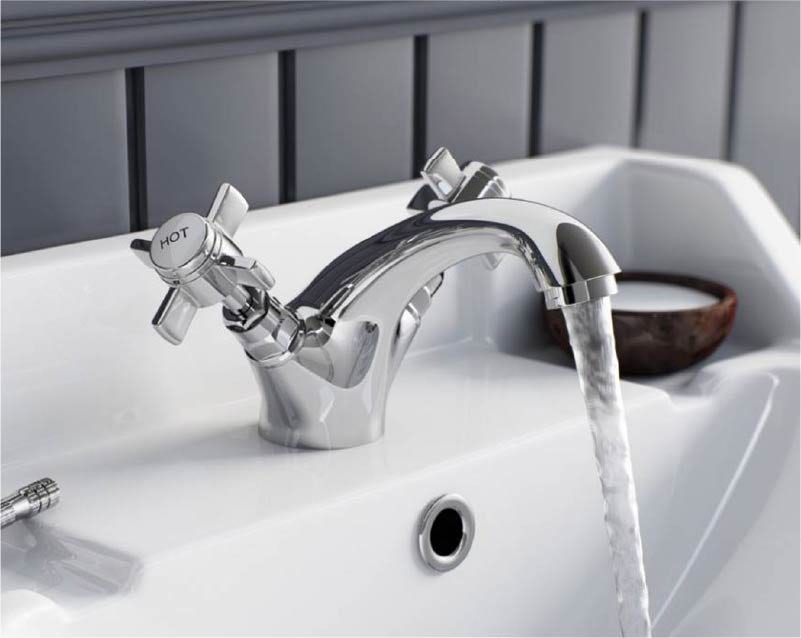 Flowing through history: The earliest taps can be traced back to the Romans

After the fall of the Roman Empire across much of Western Europe (at its peak it covered as much as (1,900,000 sq. miles) many of the systems and infrastructure they had built and maintained ran into disrepair. Western Europe then arrived in a period known as the Dark Ages, which was classified as being much more simple and primitive in comparison.

The plumbing systems developed by the Romans were also no longer put to use, except in places of high society, such as Edward III’s bathtub in Westminster Palace and many of the supporting monasteries. Taps became yesterday’s news with civilians instead using wells and streams as a source of water.

For a long time it was believed that washing the body wasn’t as beneficial as keeping your clothes clean, and it took until the 18th century for that to change. When Italian entomologist Agostino Bassi confirmed the germ theory of disease it changed everything and his discover arrived during a period when cities began to expand and plumbing networks were established right across the UK. For example, developing towns like Nottingham saw its population jump from 10,000 to 50,000 within the space of 100 years. Using the nearby River Leen wasn’t enough to cope with demand, especially as it started to become contaminated with industrial waste and sewage.

In the early 1800s the UK struggled to cope with epidemics of cholera and typhoid which killed thousands of people. Once investigations into the cause of the diseases had been completed it came to light that the condition of water supplies played a significant role.

A water engineer by the name of Thomas Hawksley—who was working for the Trent Waterworks Company in 1831—designed the UK’s first water system that was able to supply water at a constant high pressure. This ensured it was able to avoid contamination entering into the water from the mains. This was revelatory because it meant that water was now available with one simple turn of the tap.

His invention remained localised for the next couple of decades, until he was asked to supervise water projects across the UK in the aftermath of thousands more people dying in another cholera epidemic. Hawksley was also invited over to countries such as Brazil, Denmark and Sweden and was honoured for helping to solve their water storage and distribution issues.

Cleaner water for all

For much of the 19th century running water was a luxury only available to a select few, although that started to change towards the end of the 1800s. In London, residents were accustomed to using water from the River Thames, which as you can imagine led to the spread of disease and caused thousands of premature deaths.

A slow sand filtration system was installed by the Chelsea Waterworks Company in 1829 to give Londoners their first ever treated water supply. This became the norm across the UK and the introduction of the Metropolis Water Act of 1852 made it illegal for anyone to extract water from the Thames below Teddington Lock (one of the early entry points of the Thames located near Kingston upon Thames).

Further regulations arrived in 1855 stipulating the quality of water that must be provided through taps, while in 1897 chlorine was used for the first time to purify the public water supply.

When taps were first put to use, there would always be one for cold water and another for hot. However, this evolved in 1880 when New Brunswick inventor Thomas Campbell invented mixer taps. This is a feature that exists today, allowing both hot and cold water to come out of a single outlet, to strike the right temperature balance.

While this became the norm in northern America, we Brits—always sticklers for tradition—have largely remained faithful to the old style of two single basin or bath taps. In fact, this comes from a law which prevented the mixing of hot and cold water as it was feared heated water (stored in a tank) could contaminate the main supply. And so, even in modern times, many households in the UK still have separate hot and cold taps installed in their homes. 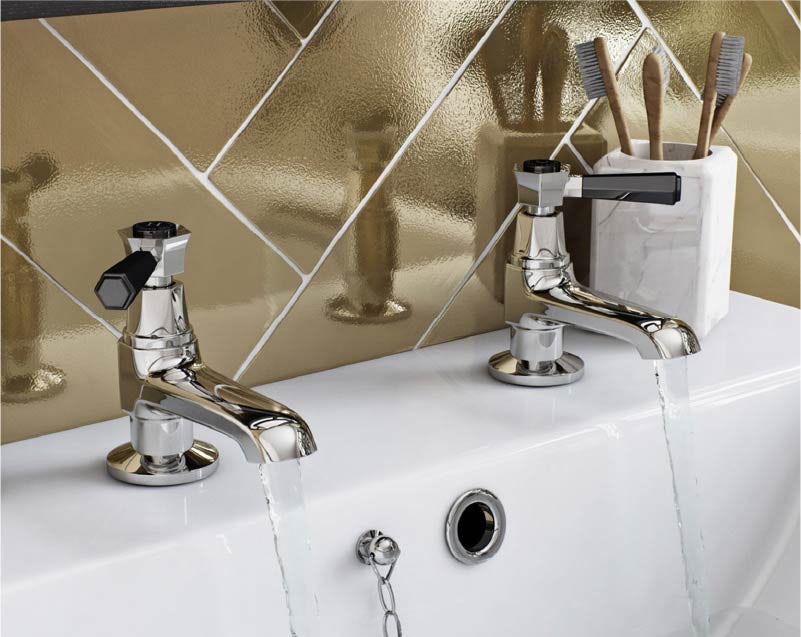 Moving into the 20th century, running water in the home became the norm and by the time we got to 1970 everyone in the developed world was connected. What we have seen during that time is the introduction of specific alterations to improve our usage of taps.

Whether it’s making the tap faster, more efficient or healthier, innovators are constantly looking at new ways to make out interaction even more convenient. Take, for example, the introduction of the boiling water tap in 1992. Dutch manufacturer Henri Peteri wanted to replace kettles with an outlet that dispensed instant boiling water, essentially cutting out the middle man in the whole process.

While installing one of these taps is more expensive, according to today’s manufacturers not only is it more convenient, but compared to boiling a kettle, more cost-effective in the long run.

The technology involved has now meant there are some companies who say they can dispense as much as 250 cups of boiled water per hour. Of course, nobody is going to want that many cups of tea every 60 minutes, but it’s a great selling point for installing into large companies. Why not find out more about them in our instant boiling water tap guide? 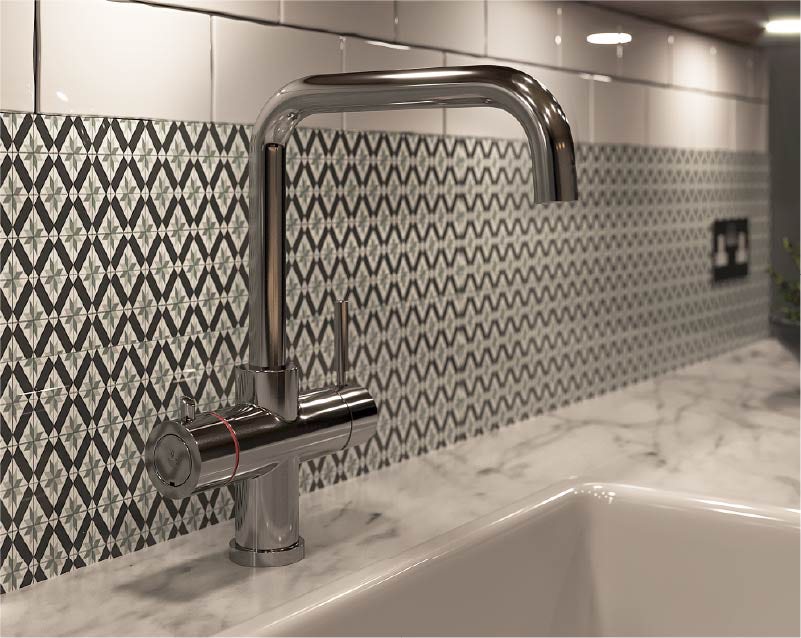 Instant boiling water taps—will the kettle soon be a thing of the past?

You can now also buy kitchen taps that offer filtered boiling, sparkling and chilled water, giving people far more variety than they’ve ever had before. At the higher end of the market you can buy electronic thermostat mixing valves that can automatically find the right temperature, while you can also buy basin taps with colour LEDs that show the temperature of the water.

As a society we have managed to conquer the many challenges that come with trying to ensure everyone has access to clean, drinkable water in their own homes. It may have taken a few thousand years, but we got there in the end. Of course, there are still plenty of places left in the world that are not able to enjoy this sort of convenience and we can only hope that we can come together to solve those problems, as having access to clean water is a basic human right.

Looking forward to the future

It’s been a long and winding road to reach this point, but now most of us are spoilt for choice when it comes to the taps we use. Almost anywhere we go we have the assurance that clean running water is available to drink or refresh us when in need.

Now the challenges facing the world is different to previous generations. Where the tap originally came about as an invention to improve human life, the way in which we manage our use of water will have a big impact on the state of the environment in years to come. Which in turn will help sustain life for everyone on the planet.

With better management of water, suppliers can cut back on the treatments and pumping involved in the supply chain, which ultimately means fewer chemicals and less energy is used (which cuts down carbon emissions), along with fewer new reservoirs and boreholes.

It should give us all pause for thought the next time we are reaching out to use the nearest tap. And now we know the history of taps, we can use that knowledge to ensure the water keeps on flowing exactly where we need it to. 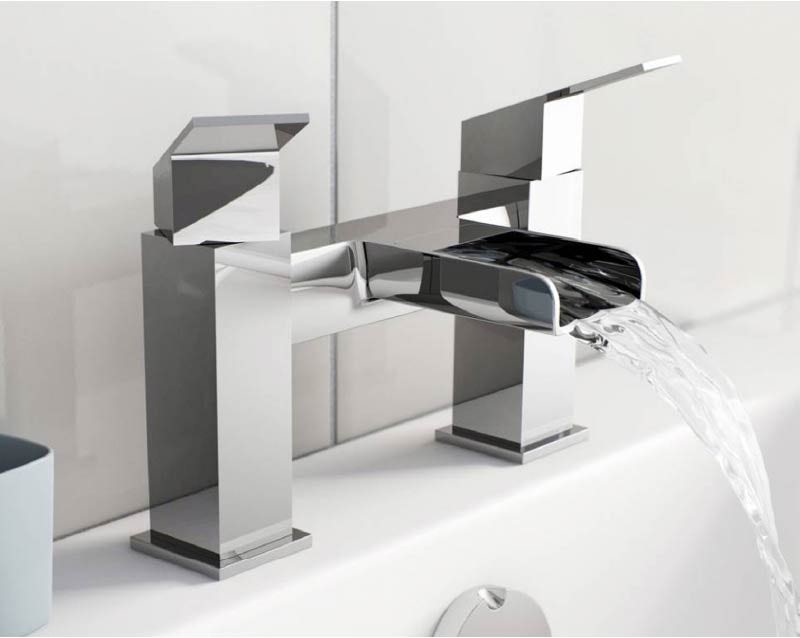 Modern designs, like this waterfall bath mixer tap, help to use water efficiently

Find out more about the history of the bathroom

Here at VictoriaPlum.com we love sharing our knowledge of bathrooms, which is why you’ll find a range of interesting blog posts all about the history of the bathroom. Click on any of the links to discover more.

If you’re searching for information on taps, including bath taps, basin taps, bidet taps and kitchen taps, you’ll find plenty of resources below.

If you’re looking to spruce up your home, you’ll find a huge selection of kitchen and bathroom taps, all at affordable prices by clicking on the banner below.